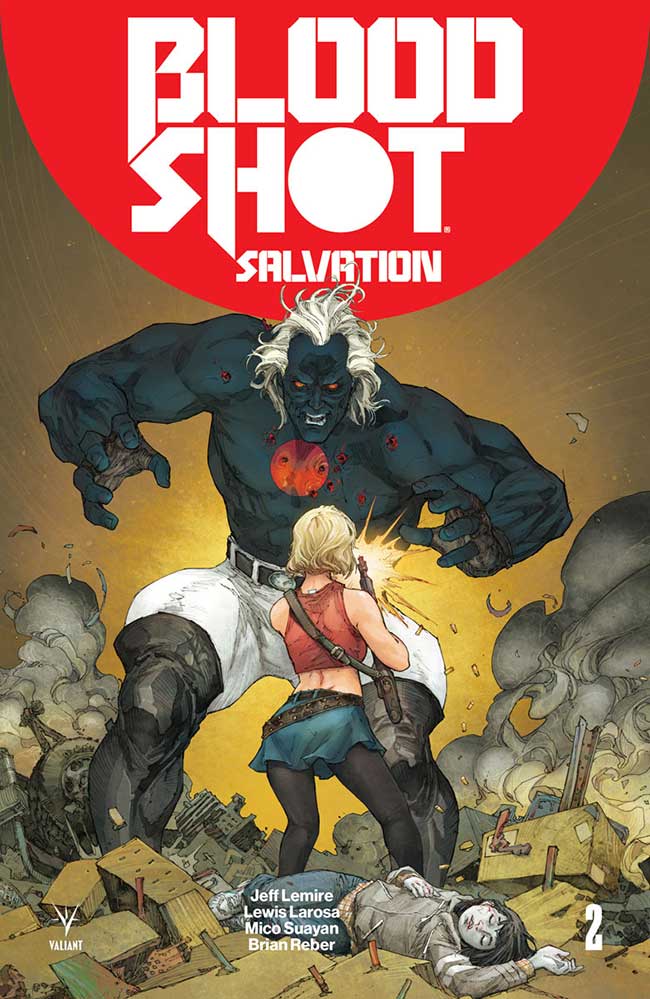 BLOODSHOT SALVATION #1
Written by JEFF LEMIRE
Art by LEWIS LAROSA and MICO SUAYAN
Cover A (Standard) by KENNETH ROCAFORT (JUL172245)
Cover B (Villains) by MONIKA PALOSZ (JUL172246)
Cover C (Battle Damaged) by TOMÁS GIORELLO (JUL172247)
Interlocking Variant by GREG SMALLWOOD (JUL172249)
Bloodshot Icon Variant by DAVE JOHNSON (JUL172250)
Brushed Metal Variant Cover by MICO SUAYAN (JUL172251)
$3.99 | 32 pgs. | T+
Today: Ray Garrison and his true love, Magic, thought they had left their days of tumult and violence behind them as they raise their newborn daughter, Jessie, in the quiet isolation of the countryside… Until Magic’s father – the depraved cultist simply named “Daddy” – seeks to bring his wayward progeny back into his flock by any means necessary. Now, torn between the family that loves him and the rage within, the walking weapon of war once called Bloodshot is about to give in to revenge…