Here is a million dollar idea that took too long to come to market. Alter Ego has launched Finders Keypers that look like miniature statues, but doubles as a key holder.

In addition to the Groot and Deadpool Finders Keypers, Alter Ego will also have available by special request, paint-master prototypes of Jack Skellington and Spider-Man, as well as unpainted first shot prints of Belle and Beast Finders Keypers at San Diego Comic-Con in Diamond Comics’ booth #2401.
Rick Starr, CEO of Alter Ego, said in a press release: “As a fan first, this is the kind of thing that gets me excited, so I can hardly wait to see what other fans think of our work. And what better place to launch than at this year’s San Diego Comic Con? I think this will be the biggest and best yet!” 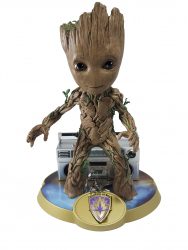 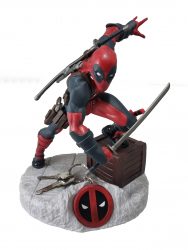 Yes, all of these are licensed from DC Comics, Marvel and Disney, stand between 5.5 and 10-inches in height, and comes with a key fob that attaches to the base.
What would make these even better would be a magnetic connection at the base to keep the keys in place, but for $20-$30 each, this is a great gift for any household.
via Alter Ego
Alter Ego Marvel Merchandise san diego comic con statues
Share. Twitter Facebook Pinterest LinkedIn Tumblr Email
Previous Article[Movies] Thor Ragnarok gets the LEGO poster treatment at #SDCC
Next Article [Solicitations] Alan Moore & Kevin O’Neill present The League of Extraordinary Gentlemen: The Tempest