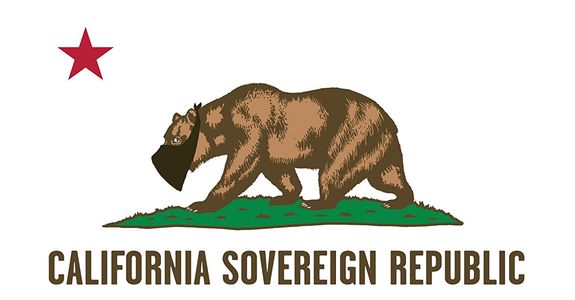 Superheroes are synonymous with comic books, while SuperPACs are ingrained in the current political landscape, and now there’s an unlikely crossover between the two worlds in the works. Matteo Pizzolo, the writer of the acclaimed comic book series CALEXIT and the co-founder of Black Mask Studios, is starting a SuperPAC called Become The Government to support first-time candidates from non-partisan backgrounds in the 2018 midterm elections. Pizzolo will contribute his writing royalties from the acclaimed ongoing CALEXIT comic book series to support Become The Government. Last week the first issue of the series by Pizzolo and artist Amancay Nahuelpan was released with a print run of 25,000. Within 24 hours, the book had sold out at the distribution level and at most major comic book retailers, prompting publisher Black Mask Studios to immediately initiate a second printing.

“Our intention in creating CALEXIT was to tell a story that celebrates the spirit of resistance. We want it to ultimately be optimistic, if not inspirational,” said Pizzolo. “Our job is first and foremost to serve our characters and tell an entertaining story. We’re not preaching at our audience.

“But at the same time, we have the opportunity to engage with readers on another level in a conversation about the state of the country. Each issue of CALEXIT has interviews with people like political activist Amanda Weaver, director Lexi Alexander and author Bill Ayers and I’ll be documenting the formation of the SuperPAC in the back matter of the upcoming comics.

“For me, forming the SuperPAC is an incredibly educational experience in how our government works, and I hope that by documenting my process in the backmatter of CALEXIT I can share what I’m learning about this strange and fascinating part of American politics, “ said Pizzolo. “With the Become The Government SuperPac, I’ll be putting my money where my ideals are by taking a more active role in the 2018 midterm elections, just like I hope CALEXIT might inspire some readers to take a more active role in their local communities.”

In CALEXIT, the citizens of California struggle to seize power back from an autocratic government. The ongoing series tells the story of Jamil, a 25-year old courier (aka smuggler), and Zora, a 27-year old leader in the Pacific Coast Sister Cities Resistance, who escape together from a prison camp in Occupied Los Angeles, where martial law has been in place for the past year —  ever since America’s demagogue President signed an executive order to deport all immigrants, and California responded by proclaiming itself a Sanctuary State. Each issue of CALEXIT will also include non-fiction material about local sustainability and grassroots campaigning for 2018 elections.

“When I started researching and speaking with people who are doing real-world political work, it really struck me how important midterm and local elections are, and how the smaller elections that aren’t as glamorous as the Presidency have an outsized influence on people’s everyday lives. And I became very inspired to join the process and support new candidates in smaller elections who can effect change on a local level in the short and medium term while also rising with grassroots support to become national leaders over the long term.

“Not all of our readers share my personal values and this isn’t an official position of the book, my co-creators, or the company, it is simply what I personally am opting to do with money I earn from my work writing the book. And I hope that by being open and honest about that it will continue the conversation between writer and readers. I’m hoping my experiences here will inspire our readers to participate more directly in their local communities, and I would hope it might encourage readers of all political points of view toward greater and more constructive participation. If there’s one thing I’m trying to say with the book it’s that we don’t have to agree on everything in order to work together.”

Become The Government will be an independent-expenditure-only political action committee focused on supporting first-time candidates in the 2018 midterm elections. The group, which will select candidates to support but will not donate directly to them nor coordinate directly with their campaigns, intends to advocate for candidates who bring fresh new ideas, perspectives, and experiences to the position.

Black Mask Studios will be exhibiting at San Diego Comic Con this week at Booth 2104 and selling a San Diego Comic Con exclusive cover by Winston Smith. the iconic artist whose work graced the album covers of THE DEAD KENNEDYS. The Los Angeles based indie publisher has arranged the “CALEXIT: Change The World Tour” of comic stores to promote the new series this summer.

ABOUT THE ARTIST: Amancay Nahuelpan (pronounced Aman-kay Na-well-pan) is a comic artist who was born in Vancouver, Canada and grew up in the south of Chile. He graduated from University with a Major in Interior Design. He began his career working with independent Chilean publisher Caleuche Comics before breaking into the US market as a participant in the Zuda Comics Competitions. His first US published work was in OCCUPY COMICS. He has worked on ROBOCOP for Boom!, BOY-1 for IDW, co-created YOUNG TERRORISTS and created the tale of revolution CLANDESTINO for Black Mask which he writes, draws, colors, and letters.

ABOUT THE WRITER: Named Wired Magazine’s ‘World’s Most Wired Comics Creator’ and included in Bleeding Cool’s Top 100 Most Influential People In Comics, Matteo Pizzolo is a comic book writer-creator (his GODKILLER was listed as one of Kirkus Reviews’ Best Books Of The Year and his YOUNG TERRORISTS was second only to Lumberjanes as the highest selling indie graphic novel of the year), an award-winning filmmaker, and the co-founder of Black Mask where he’s championed SPACE RIDERS, BLACK, THE DREGS, WE CAN NEVER GO HOME, KIM & KIM, 4 KIDS WALK INTO A BANK, and more. Utilizing his background in political organizing, Pizzolo created the Occupy Comics project and devotes himself to supporting and creating some of the bravest comics on shelves.