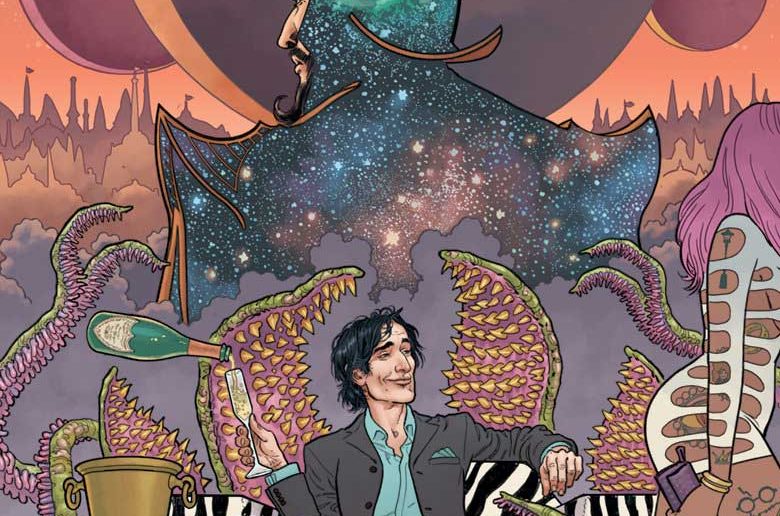 Image Comics has announced that comics and storyboard artist Steve Skroce will launch Maestros in October.

The Maestro and his entire royal family have been murdered. Now, his banished son from Earth will inherit the Wizard King’s throne along with a spell that turns its user into GOD. With enemies everywhere, will this Orlando-born millennial be able to keep his new magic kingdom?

“MAESTROS is a finely seasoned stew of everything I love about the fantasy and action adventure genres,” said Skroce in a press release. “I tried to create a universe where all my beloved magical characters and settings might exist together, side by side. The protagonist, Willy Little, isn’t a chosen one; he’s granted ultimate power through blind luck—but can a nice guy stay nice when no one ever says ‘no’ to him again?”