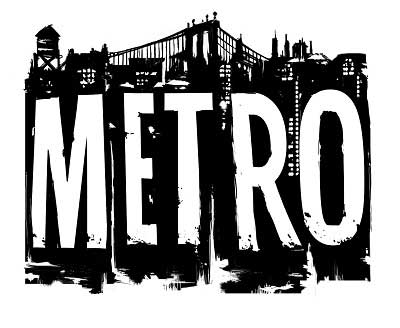 From the email announcement:

Yesterday, he died of a drug overdose in a filthy New York City back-alley. Today, he awoke in the City Morgue with no real memory of who he is or how he got there. He only knows his name thanks to the toe tag he’s wearing.

Slipping out into the night, Hunter wanders the city, clad in clothing he gathered from a dumpster. He may not know anything about himself, but he instinctively knows every corner of the teeming metropolis.
And the city seems to know him.

Traffic flow seems to naturally break when he wants to cross the street. No door is locked to him, no metal gate sealed shut. When he runs into trouble (which happens quite a bit) the city seems to help him in some way.

But there are others who know him, too, or at least they think they do.
The Wide-Eyed Three is a group of conspiracy theory nutjobs who have been exiled from society—for good reason. When they learn of Hunter’s miraculous return from the dead, they think they’ve found their ticket to redemption. And if they have to kill Hunter again and again to prove their wild theories, that’s what they’ll do!

On the other hand, retired police detective Ransom Keck doesn’t care about Hunter’s supernatural condition. He only cares that the young man has some unrevealed connection to the murder of his wife and kids. He’ll drag the confused young man through a past better left untouched until Hunter can give him the answers he needs to lay his family to rest.

Hunter’s not a bad guy, but he has a secret.

And that secret is a killer. Cullen Bunn you already know – he’s basically writing everything these days. Both Brian Quinn and Walt Flanagan should also be notable to you, as Quinn is co-host of the Tell Em’ Steve-Dave on the Smodcast network, and Flanagan is one of the stars of Comic Book Men on AMC (he’s also co-host of Tell Em’ Steve-Dave).

At this time there is no word on a release date, but if you are at the San Diego Comic-Con this week, the creators will be giving the book away for Free on Sunday during a pop-up signing event.