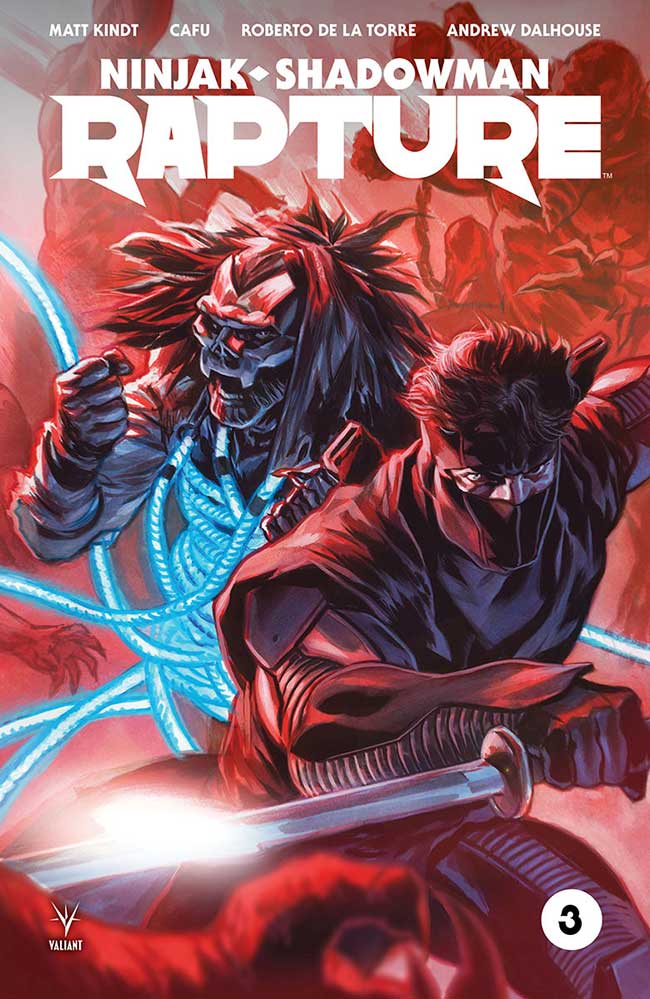 Beware the lords of the Deadside!

Ninjak and Shadowman have launched an all-out assault against Babel – the ancient being determined to breach heaven – on the dark and decaying battlefields of the Deadside. But are the combined might of sword and shadow enough to stop this biblical force of nature…or will they need the help of an ancient and weary warrior whose power transcends their understanding? And as oblivion inches ever closer to Earth, Tama the Geomancer and Punk Mambo must step out of the darkness and halt Babel’s forces from infiltrating the land of the living as Valiant’s Shadowman-driven standalone event fight on!