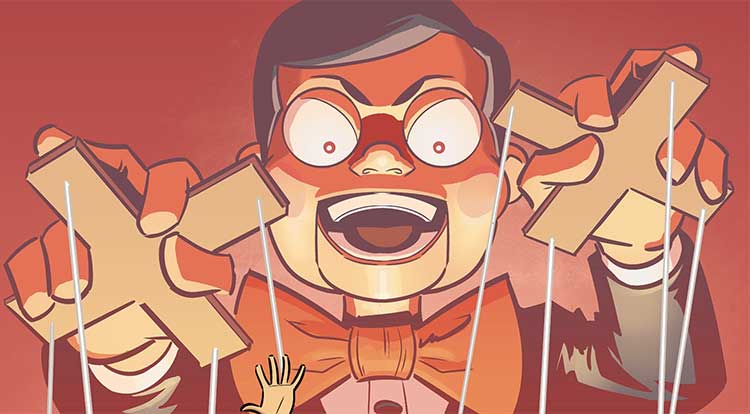 [Solicitations] Goosebumps is getting the comic book treatment

Your fears of a ventriloquist dummy coming to life and chasing you down the hallway got a little closer to reality as IDW Publishing has announced R.L. Stine’s world of Goosebumps is coming to comics.

The first Goosebumps storyline, “Monsters at Midnight,” will kick off with writer Jeremy Lambert (Attack on Titan Anthology) and artist Chris Fenoglio (X-Files: Origins), who will transport readers to a hauntingly familiar setting called Horrorland—a world of terrifying possibilities originally introduced in the Goosebumps novels. Mia and Ginny were planning on spending a thoroughly dull summer at Grandma’s house with nothing but mothballs to entertain them. Enter a spooky, old bookshop and a door left slightly ajar, and soon these sisters find themselves trapped in a Horrorland drastically different from the sleepy, suburban town they left behind.

This year marks the 25th anniversary of the Goosebumps series published through Scholastic, and the monster craze is still a big deal with kids. According to IDW Publishing, the series will be broken into three-issue arcs with a rotating creative team on each. Goosebumps, the comic book series, kicks off in October.