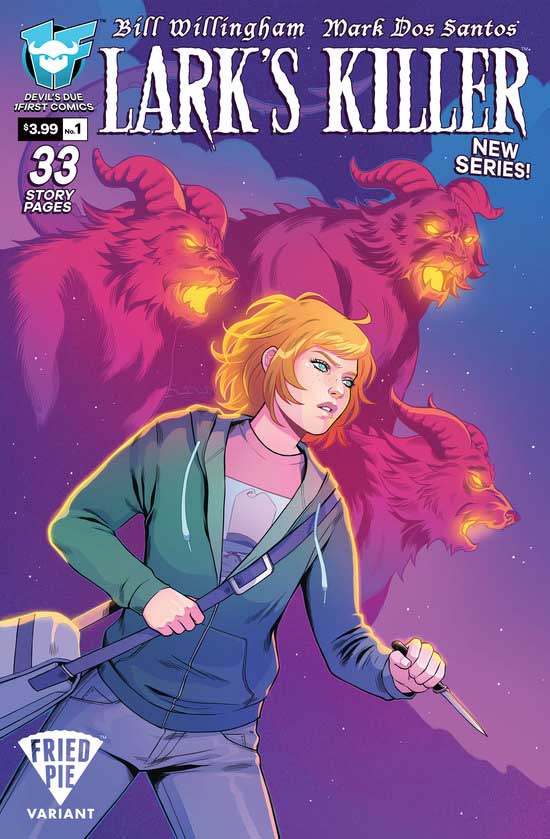 Lark’s Killer is from writer Bill Willingham and artist Mark Dos Santos. If you are patron of Willingham, he’s been sharing a lot of behind the scenes information for his fans.

The series follows Lark who is a runaway living rough on the streets of LA, when suddenly she’s transported to an alien world of swords, dragons and magic, where everyone wants her dead. And, she likely won’t live long enough to find out why.