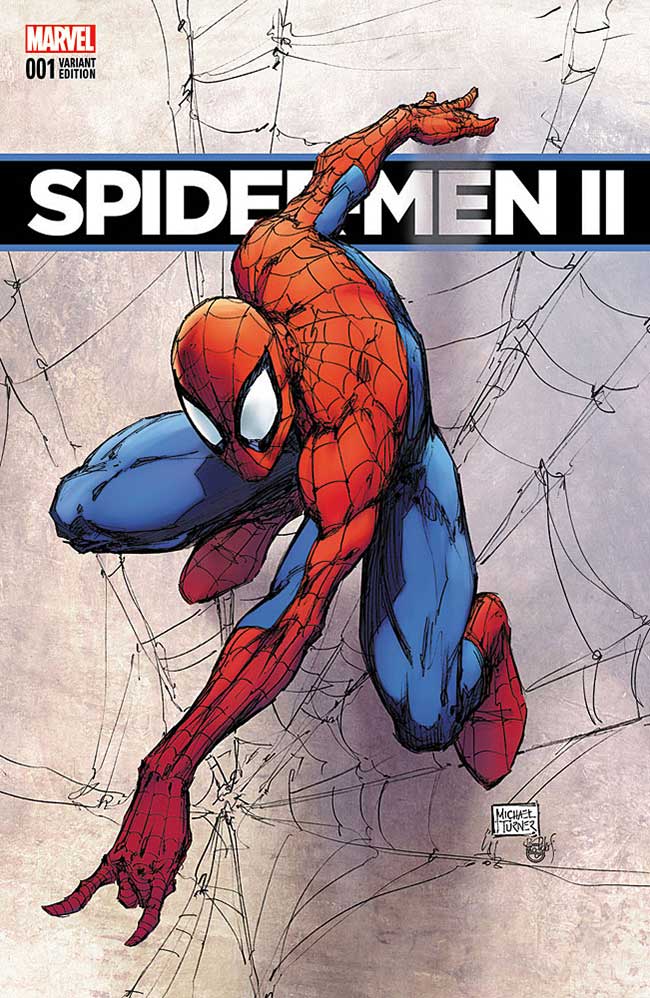 Aspen Comics has released their second wave of Comic-Con International: San Diego exclusives available only at the Aspen Comics Booth #2320 this July 20-23rd. The publisher will be releasing their SDCC 2017 exclusives in three waves, beginning with yesterday’s wave one reveal.

Aspen Comics will be offering an exclusive Spider-Men II #1 Michael Turner & Peter Steigerwald variant cover, including three new covers by the late superstar artist and limited to 3,000 copies for the color variant, 1,500 editions for the limited edition “Mary Jane” variant, and 1,000 copies for the “Miles Morales” editions, also in time for the worldwide release of the new Spider-Man Homecoming film. These covers will only be available for purchase at the Aspen Comics Booth and online starting on Wednesday July 19th on www.Aspenstore.com while supplies last.

Due to fan response of past Michael Turner variants, Aspen strongly encourages fans to purchase their copies of the Aspen Comics SDCC 2017 Spider-Men II #1 exclusive early at the Aspen Comics Booth #2320. Aspen will also be placing a limited quantity of these variants for sale on www.AspenStore.com.