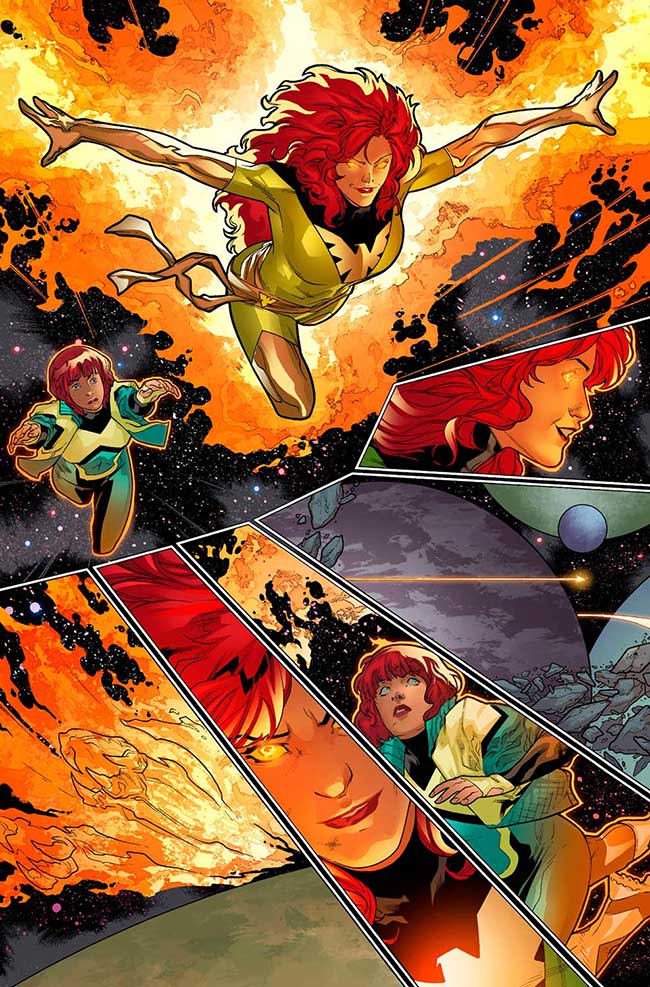 [First Look] Get a load of Generations: Phoenix & Jean Grey #1

Marvel has released a first look at the upcoming Generations: Phoenix & Jean Grey #1 by Cullen Bunn and R.B. Silva, and the two characters that show up in this sneak peek are a bit of a surprise.

GENERATIONS: PHOENIX & JEAN GREY #1
Written by CULLEN BUNN
Art by R.B. SILVA
Cover by STEPHANIE HANS
Variant Cover by TERRY DODSON
Connecting Variant Cover by ALEX ROSS
Teenage Jean Grey is willing to do whatever it takes to avoid the fate that befell her predecessor. But when Jean is cast through time and comes face-to-face with the newly possessed Phoenix, will she find the key to saving herself…or learn that her fate is sealed? But what Universe changing events will be witnessed on the final pages of this story?!