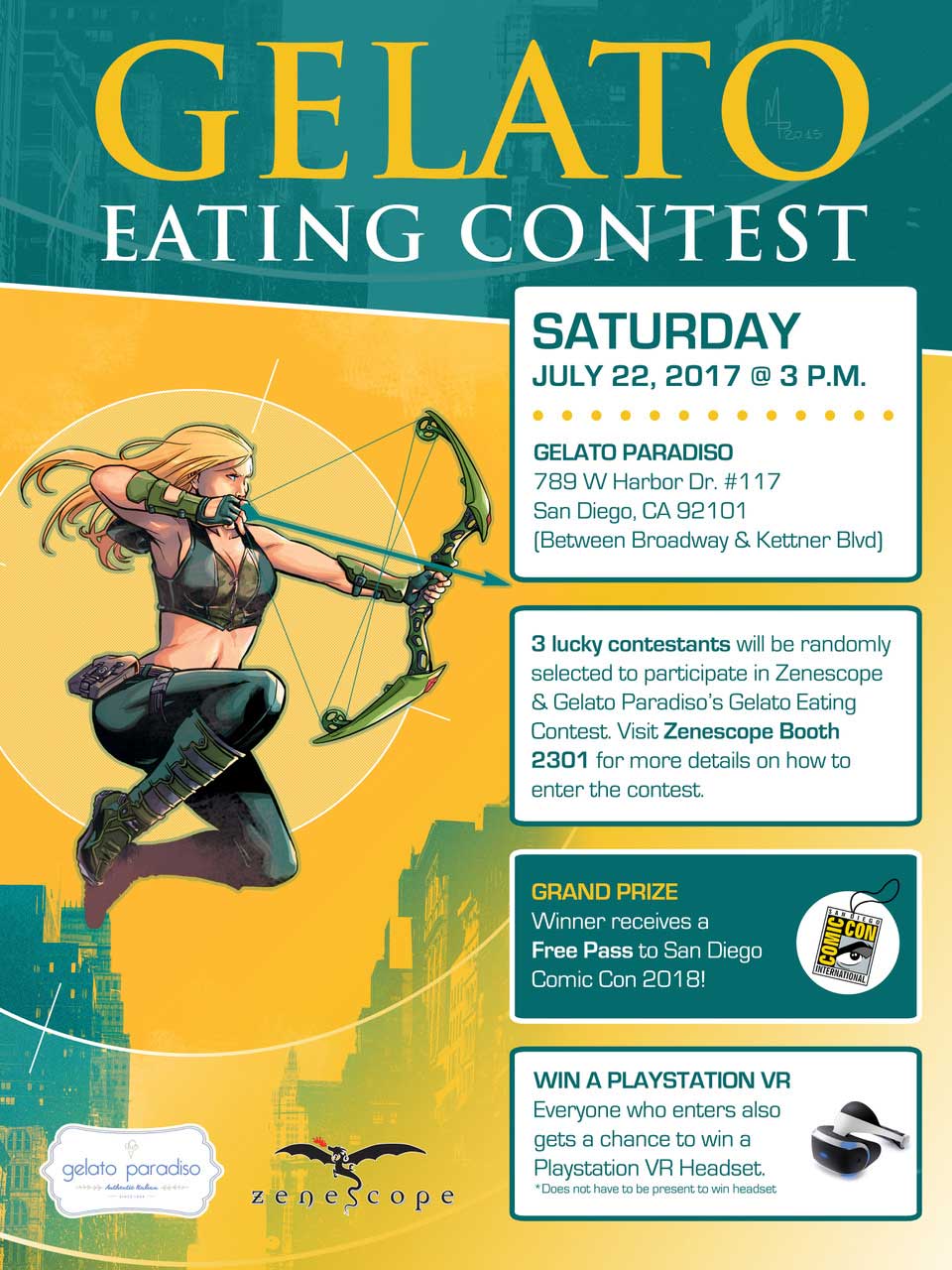 Zenescope Entertainment has announced plans to partner with San Diego’s Gelato Paradiso for Comic Con 2017. The authentic Italian gelato shop will be offering three specialty gelato flavors based on Zenescope’s comic book titles and will be giving away a Limited Edition Comic Con souvenir cup with every purchase of a Zenescope flavor while supplies last. Each day during Comic Con, the first ten attendees who bring their souvenir cup to Zenescope’s booth #2301 and present it to a staff member will receive a free limited edition metal print. Zenescope will also be hosting a gelato eating contest at Gelato Paradiso’s store location on July 22nd at 3pm, with the contest winner receiving a four-day pass to San Diego Comic Con 2018 and a Best of Zenescope Pack. Convention attendees can sign up in person at Zenescope’s booth until 12pm on July 22nd. Three contestants will be randomly chosen to compete and all contest applicants will be entered into a chance to win PlayStation VR goggles. Zenescope Entertainment will be located at booth #2301 inside Hall C at the San Diego Convention Center throughout Comic Con, and Gelato Paradiso is located at 789 W Harbor Dr. Suite #117, a half mile northwest of the convention center. Convention-goers can pick up special limited edition content at both Zenescope’s booth and at the Gelato Paradiso shop location throughout Comic Con. For more details and information on how to receive free comics, coupons, and limited edition cups & prints at both locations, head to Zenescope’s SDCC 2017 page.