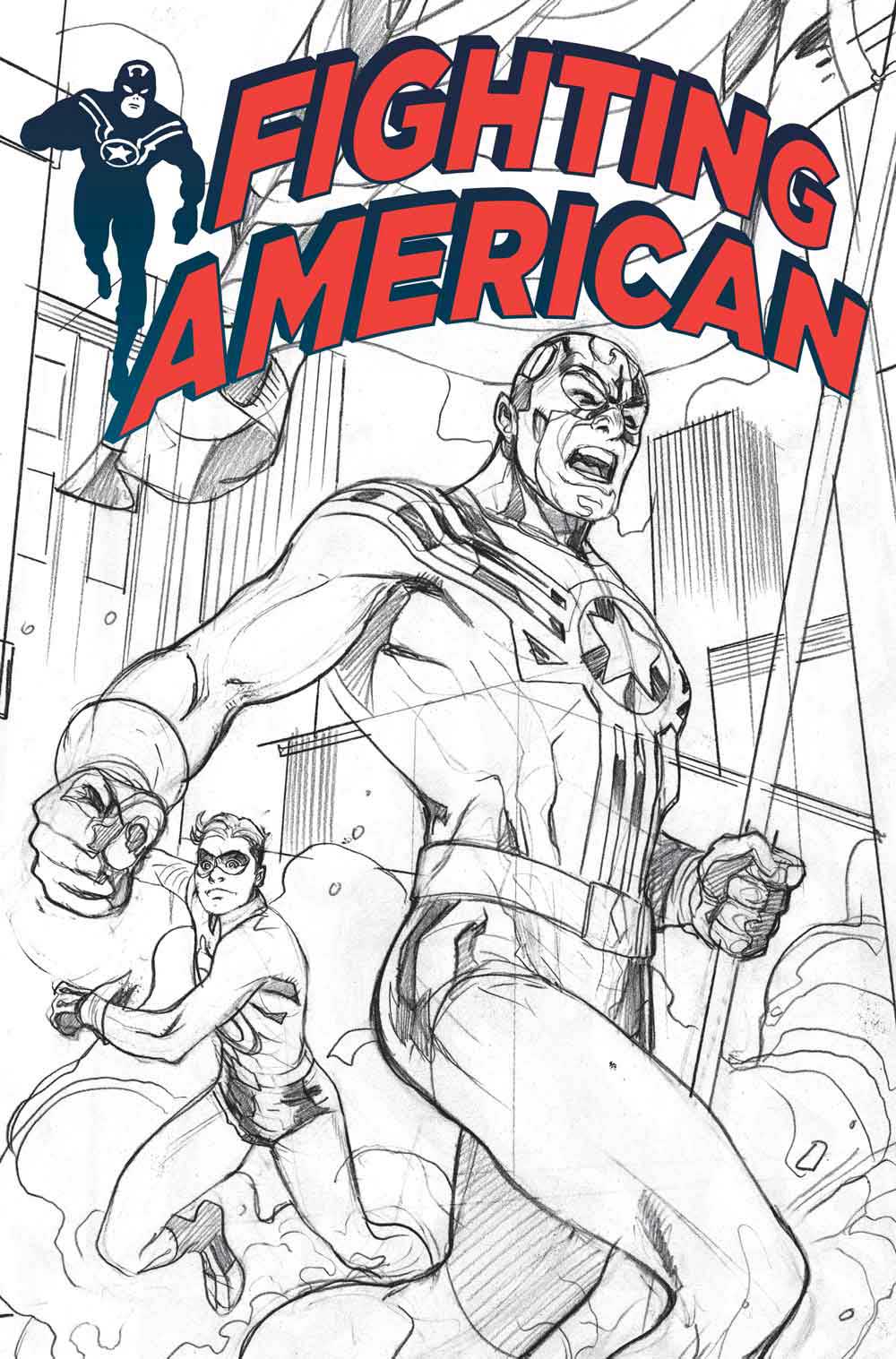 Though the first issue of Titan Comics’ Fighting American doesn’t arrive until October, the comic book publisher is giving Simon and Kirby’s creation a first release at the San Diego Comic-Con next week.

From the press release we learned all the details about how you can grab a #0 edition with cover art by Terry Dodson.

Joe Simon & Jack Kirby’s Fighting American first appeared in May 1954, and was the embodiment of the homegrown, patriotic, apple pie-eating American superhero. Fighting American brought square-jawed justice to “the Commies” and villains such as Double Header, Hotsky Trotsky, and Round Robin.

Titan Comics are proud to present a first look at this brand-new Fighting American series with an Issue #0 – containing a preview of Fighting American Issue #1, and numerous back matter features that go inside the new series including; an interview with writer Gordon Rennie, character sketches by Duke Mighten, as well as the complete origin story of the red, white, and blue hero by Simon & Kirby! Plus, this 24-page comic comes with a special black and white pencil sketch of Terry Dodson’s cover to Issue #1.

This special edition is available to purchase at the Titan booth #5537 at San Diego Comic-Con 2017. Fans will also have the unique opportunity to get their comic signed by cover artist Terry Dodson at Titan booth #5537 on Friday 21 July at 1PM.