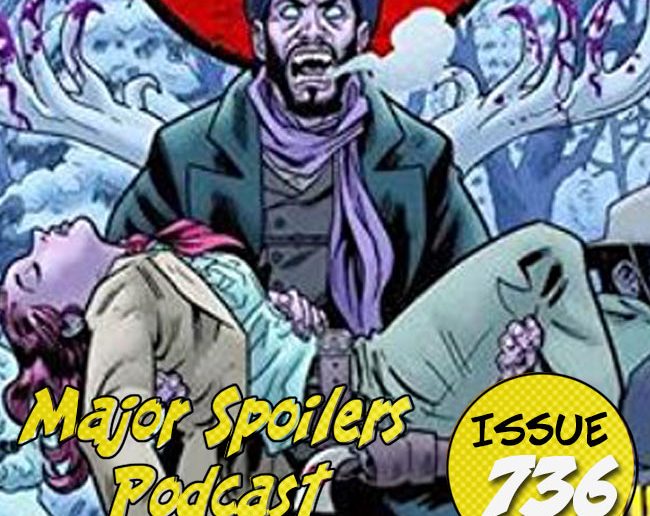 This week on the Major Spoilers Podcast: Things are getting cold for the Sixth Gun, and the San Diego Comic Con is just around the corner. Plus we review The House #5, Castlevania on Netflix, Harbinger Renegade #5, and Centipede #1.

REVIEWS
STEPHEN
CENTIPEDE #1
Writer: Max Bemis
Artist: Eoin Marron
Publisher: Dynamite Entertainment
Cover Price: $3.99
Based on the classic Atari game! When a terrifying creature from beyond the stars attacks his planet, Dale’s journey begins. But he is not out to save his world. It is already too late for that. As the lone survivor, the only thing he wants is revenge! Writer Max Bemis (Worst X-Man Ever, Foolkiller) and artist EoinMarron (Sons of Anarchy Redwood Original) bring you a tale of survival and vengeance like you’ve never seen before.

DISCUSSION
The Sixth Gun Volume 5: Winter Wolves
Writer: Cullen Bunn
Artist: Brian Hurtt
Together, Drake Sinclair and Becky Montcrief hold five of the Six — a set of pistols that can rewrite all of creation! This makes them targets for the living and the dead… for the human and the inhuman. As otherworldly spirits align against them, Drake and Becky find themselves trapped at a trading post frozen in a preternatural winter. If the cold doesn’t kill them, the hideous beasts lurking in the shadows will!