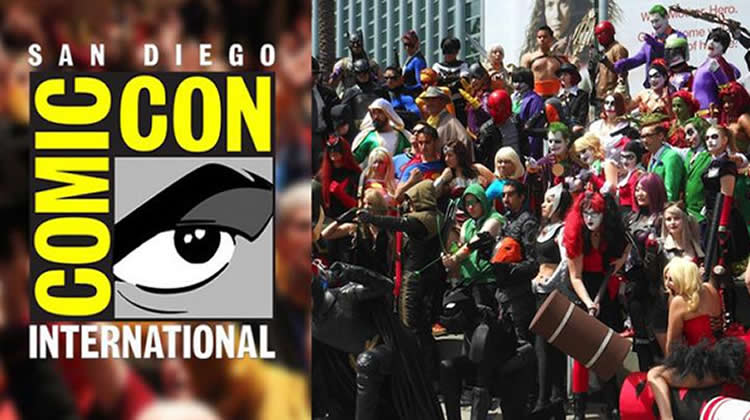 If you noticed that I said “we” in the title of this column, you go to the head of the class!

I’ve often noted in the past that I attended San Diego Comic Con (SDCC) five or so years back, but that I haven’t been there since. That’s going to change this year!

I’ll be attending with Stabbity Bunny and friends (sounds like an old animated show somehow), and things will be somewhat different this go-round! It’ll take place from July 19 until the 23rd. As I mentioned, I’ll be with folks from Stabbity Bunny (and related projects) staying in an Air BNB location. We’ll actually get there a few days early and stay a few days after the con is over, which will help me get a lot more done this time.

We’ve had a lot of success staying with various Air BNB locations at various cons, which will really help since that place I previously stayed at isn’t available any longer.

We’ll also work out transportation to and from SDCC as well, probably using Uber. Last time, I needed a ride to a tram, which I had to do in reverse when heading home.

The person I stayed with was very nice to me, but mostly I would get there and crash as soon as I arrived. I had to get up early when the owner of the place went to work in order to catch a ride.

This time, it’ll be more suited to my schedule instead of someone else’s. I’m looking forward to that.

TRAINING AHEAD OF TIME I’ve mentioned before that I wasn’t physically ready for SDCC last time. It took me two weeks to recover from all that walking all day around downtown San Diego. This time, I’ve begun walking more so I can be in better shape. I also hope I won’t be roaming San Diego as much. I mean, it was fun and all, but I was always in a hurry running from one side of the convention center to a nearby hotel or restaurant in order to make my scheduled interviews. I’m working ahead of time to be more organized this year.

Also, I’ll have a home base with the folks I’m travelling with. Last trip, I was always trying to find a place to sit so I could recharge my devices. I’ve recently bought a great recharging thing that has already made my life a LOT easier!

I’ve also begun setting up times to meet with friends on the West Coast I don’t get to see very often. If you haven’t said “hi” before, I’ll list the booth location in next week’s column!

You’ve likely already noticed that MajorSpoilers is already reporting on SDCC, with much more to come in the weeks ahead. I think Stephen Schleicher and the folks here at the site do a terrific job of keeping the world aware of what’s happening at this convention, the best I’ve ever seen! Expect some amazing news to hit the site this year!

I’d like to point out, especially to those who may feel badly that they cannot attend this year, that actually being there often means being less informed than those who receive the news releases over the Internet. Last time, before I could even begin to rework a release I came across, many of the genre sites had already gotten the story up before I could find a place to sit down at a computer and work! So, while the experience of being there IS something special, you may know more about what’s happening than those of us actually walking the floor!

I’m seeing a lot of discussion about many of the same old stories that often haunt SDCC. These include: Should it still be called a Comic Con if only a quarter of the event actually deals with comics? Is SDCC on the way out given that some of the biggest vendors won’t be there this year? Will it stay in the same convention center in the years ahead? Has the New York Comic Con overtaken SDCC? Things like that.

My hope is to land some great interviews for my podcast, including the Holy Grail of guests, Geoff Johns. We’ll see if that happens! I’m sure I’ll set up other chats even if I don’t get to talk with Mr. Johns, so stay tuned!

Are you getting to SDCC this year? Not? Be sure to share your thoughts on this “big kahuna” or conventions in the space below!