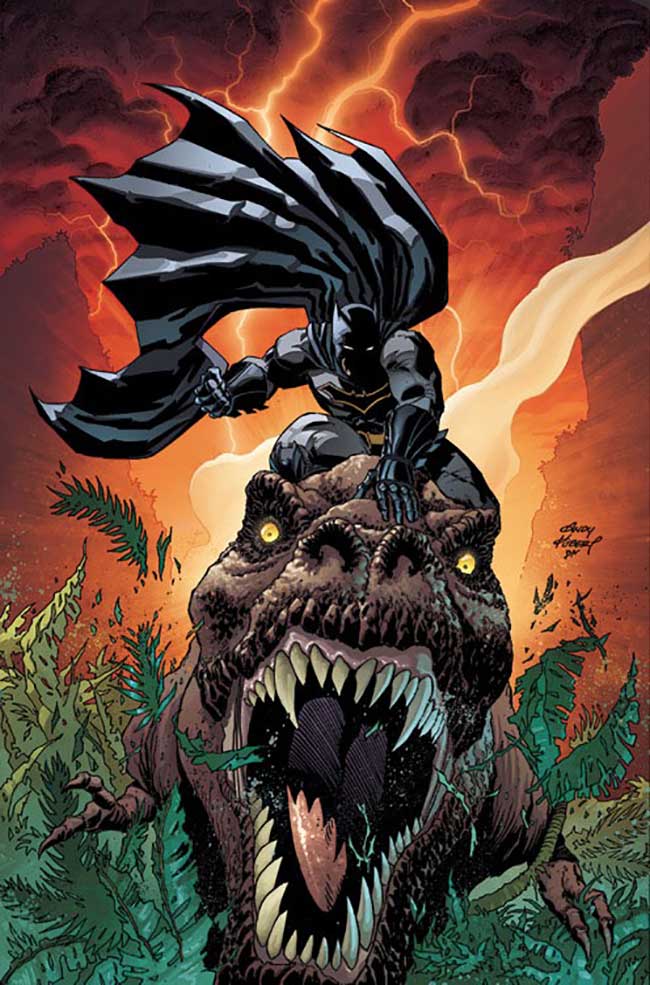 Dark Nights: Metal #1 arrives in stores in August, but DC Comics has released a sneak peek of the issue, just for you, our most favorite reader.

DARK NIGHTS: METAL #1
Written by: Scott Snyder
Art by: Danny Miki, Greg Capullo
$4.99
“I’ve been planning METAL for as long as I’ve been writing Batman, but I want METAL to be built upon the stories happening now in Rebirth. Most of all we want to create new material that feels really modern and different. And above all, it’s going to be fun. Even with terror and nightmares, it won’t be grim. DARK NIGHTS: METAL will be celebratory, huge and crazy.” — SCOTT SNYDER

“I’m looking forward to rock’n and roll’n together again. Fans have been loud and clear; they want more from us. We’re primed and ready to blow it up.” — GREG CAPULLO

DARK DAYS: THE FORGE and THE CASTING hinted at dark corners of reality that have never been seen till now! Now, as DARK NIGHTS: METAL begins, the Dark Multiverse is revealed in all its devastating danger—and the threats it contains are coming for the DC Universe!

DARK NIGHTS: METAL is a DC event unlike any other—one that will push Batman, Superman and heroes of the Justice League beyond their limits to take on threats unlike any our world has ever seen! It will take the combined might of the World’s Greatest Heroes as you’ve never seen them before to face what’s coming their way!