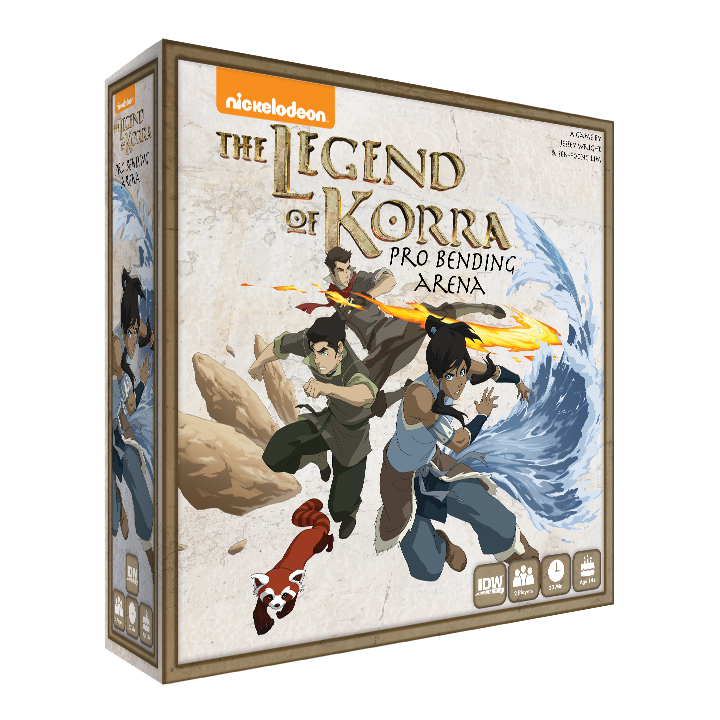 IDW Games has quietly been releasing a number of board games tied directly to big media properties. The game publisher has announced it is teaming with Nickelodeon for the upcoming The Legend of Korra: Pro-Bending Arena, and I think fans are going to go wild.

Designed by Sen-Foong Lim (Akrotiri, The Godfather: A New Don) and Jessey Wright (Pocket Adventure), The Legend of Korra: Pro-bending Arena aims to capture the excitement of the pro-bending sport found in season one of the show.Focusing on the rivalry between the Future Industries Fire Ferrets and The White Falls Wolfbats, The Legend of Korra: Pro-bending Arena has two players each take control of a team, draft card decks for their benders, and then play cards to place elemental tokens around the board in an effort to overwhelm their opponent. As in the show, pro-bending matches are a game of push and pull, with the objective to be the team that has either advanced the farthest forward, or completely knock their competitors out of the ring.

IDW Games will launch a Kickstarter later this summer, with the retail release coming in the fall of 2017. The MSRP for the Avatar game will be $49.99.

Update: Why is IDW Publishing going to Kickstarter to fund this game? It may be because IDW lost $1.8 million in the last quarter, and like other companies going the Kickstarter route, it may be a better way to judge sales than simply printing a million units and hoping it sells.