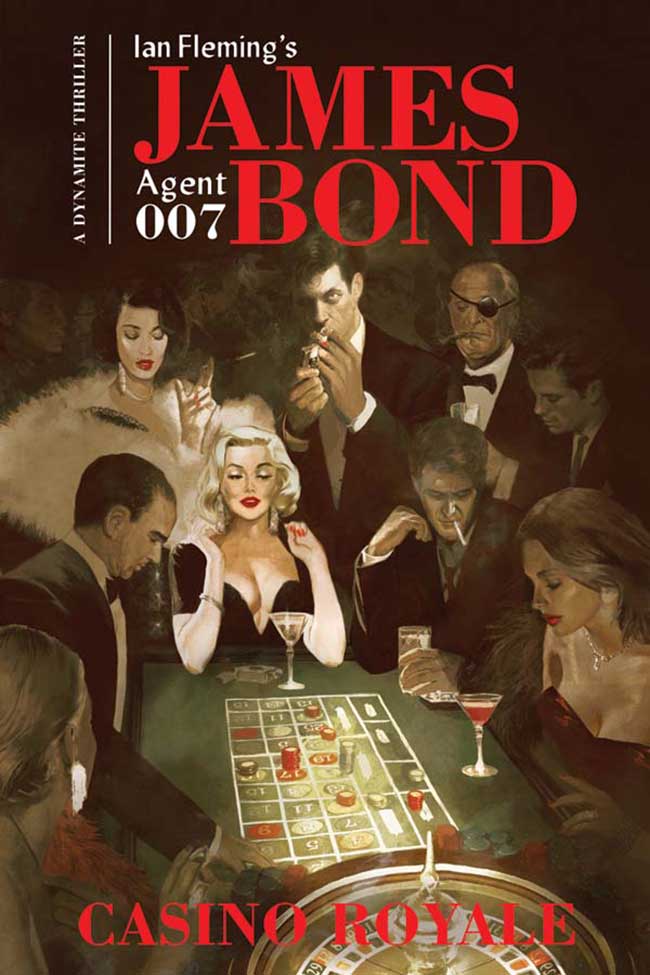 There have been a number of James Bond series, movies, and books, but now Dynamite Entertainment is ready to take on Casino Royale – Ian Fleming’s first James Bond tale.

The publisher has hired writer Van Jansen and artist Dennis Calero to bring the story to the comic book page. Instead of serializing the tale, Dynamite plans to release this tale as a 160-page graphic novel.

Ian Fleming’s literary debut of British Secret Service agent 007 is stylishly adapted to the sequential art medium by Van Jensen and Dennis Calero in the official James Bond: Casino Royale graphic novel. Sent to a French casino in Royale-les-Eaux, Bond aims to eliminate the threat of the deadly Le Chiffre by bankrupting the ruthless SMERSH operative at the baccarat table. However, when the luck of the draw favors his enemy, 007 becomes the target of assassins and torturers in a high-stakes game of cat-and-mouse.

Writer Van Jansen says, “There’s a very obvious reason why I wanted to tackle the adaptation of Casino Royale: because it’s James damned Bond! Also, when I cracked open Ian Fleming’s first 007 novel (I had read it years before), it immediately appealed to me as a great creative challenge. Fleming’s prose is powered by his descriptive punch, an eye for detail that captures the post-World War II time period in full color, from decadent meals to the intricacies of baccarat to the sinister machinations of Le Chiffre. It’s a heady book, diving deep into the character of Bond. Adapting it into comic book form meant creating some fun new approaches to storytelling, to recast a familiar tale as something that hasn’t been seen before. Also, it’s James damned Bond!”

James Bond: Casino Royale will arrive in stores in October 2017.