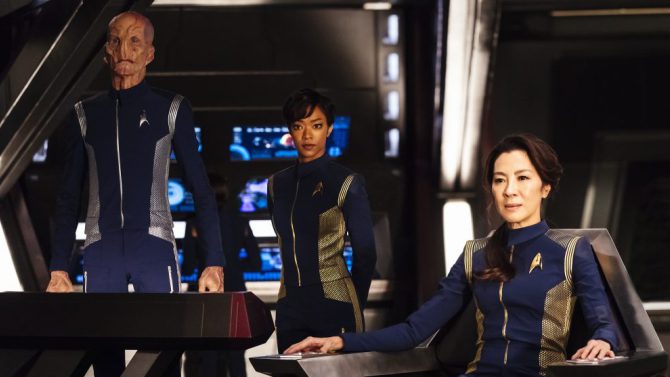 We’ve been wondering when the premiere for Star Trek: Discovery would happen. This morning, CBS released that date, and it is a lot sooner than we thought it would be.

The first eight episodes will run from Sept. 24 through Nov. 5. The season will then resume in January 2018.

Star Trek: Discovery has had a lot of delays, including losing Bryan Fuller as the showrunner. Considering these problems, it is amazing the network is able to get us the show only nine months late.