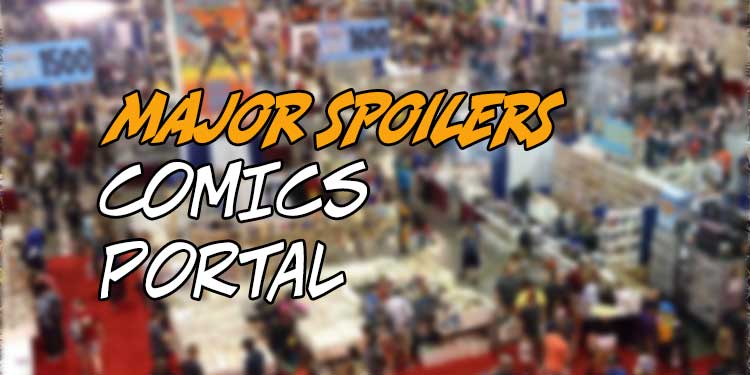 This past weekend, I was helping behind a vendor’s table at the 2017 Heroes Con, held in Charlotte, North Carolina. It was the 35th year the con has been held!

This has been one of several conventions I’ve attended this year and have noticed a trend happening to sales people, and it has me concerned.

FIRST, HOW WAS HEROES CON?

It’s been two years since Stabbity Bunny by Richard Rivera, Dwayne Biddix and Liezl Buenaventura debuted, and that took place at Heroes Con. A lot has changed since then, including the fact that the first issue was all we had two years ago. This year, the 168-page hardcover edition was there, and it included six issues.

We found it tough to work at a table two years back since so little space was available behind the tables. We asked to move to another location on the floor, and it was better, so we appreciated it.

In 2017, the space was much better. We could sit behind our own table, for instance.

This year, while we did better business, it wasn’t what we hoped for. Yes, we were happy to re-encounter fans from that visit as well as meeting new people interested in this Indie comic.

There were several times when the overhead announcer said to folks there that they anticipated there would a record in attendance. Glad to hear that!

Last time, the vast majority of folks were walking around the outside rim of the floor. This weekend, a lot more people were walking through the aisles, perusing the merchandise from vendors and artists alike.

One more important note – We were located in what appeared to be a new “publishers” area. We’ve been working with comics creators and artists under Jamestown Publishing recently, and since we were placed in this area near AfterShock Comics, TwoMorrows Publishing, Zenescope, Image/Skybound and Ominous Press, I was looking forward to brisk sales, and I imagine I wasn’t the only one.

Overall, Heroes Con was better than the last time we were here, but I would still like to see some changes, including more consideration for vendors and artists. This year, I’ve talked with several vendors (including Indie comics creators) and have noticed a significant trend downwards overall. Yes, there are some who do well at certain cons, but it seems that most people selling comics and comics-related merchandise are not doing as well as they have in previous years. I spoke with several Indie comics creators, and many said that they didn’t do as well as they did last year. One even said that he only sold products that numbered in the single digits each day of the con.

That’s not a good sign for the convention industry.

I’ve been worrying about cons for some time now, and if conventions aren’t places where people who make some money (if not a living) can sell their wares, it’s going to seriously change cons in the next couple of years.

Imagine the con of 2022, a place where guests can come and speak to fans and where very little else takes place. I personally don’t think cons can survive being that.

As I’ve mentioned before in this column, conventions make money by attracting fans and by selling table space to vendors. They spend money to bring in media stars and known people in the comics industry. If sales people decide against being part of the equation, the only thing I feel cons could do would be to seriously increase ticket prices. Not many genre fans can afford that kind of uptick. Perhaps cons could appeal to more affluent fans and give them more access to the stars, but I don’t know how long that could continue. No fan will be around forever, and not every family will replace a fan with another. In my opinion, anyway. Of course, another option could be to turn to crowdfunding to pay bills. I’ve seen some cons do that, and some with great success. But not all.

I know of one sci-fi con that went on Kickstarter to raise money so they could bring in bigger guests. They didn’t make their goal, which means they didn’t get ANY of the money pledged.

Another important aspect could be to reduce the number of cons in an area. There seems to be more and more cons in some metropolitan areas, and over time, it seems that the fans who attend seem to already have spent the money they can afford to buy things. Thus, each con’s vendors are not taking in as much as they had previously.

I think it might be a better thing to have fewer cons in cities and states. If an area has four cons in one year, I’d recommend the leaders of those conventions get together and see if they can’t make things work better among them all.

Not every area will be able to do that, but I think some can. I hope they will.

Like many things in today’s society, conventions are evolving. Will they resemble today’s cons in a few years? I really don’t think so, so we should enjoy the cons we have now while we can.

I’d love to think that all fans would get raises at work and marry spouses anxious to support the industry as much as they are. I don’t think that’s realistic, though.

I really want comics conventions to move forward, to advance rather than fade away. I’m convinced that the only way that can happen is if con organizers, at least as many  of us as possible, take it upon themselves to look ahead and take serious measures to move into the future. I mean, I’m sure major changes to cons will also affect the industry since conventions are places fans can discover new books as well as meet the creators they like! Take that away, and I’m not sure what will happen to the industry, honestly.

To find out more about the Heroes Con, you can go to their website at this link! They certainly will be back next year, so check out their site in the days and months ahead!

What do you think? Are conventions in trouble? Would you rather the cons be more concentrated, more for the affluent among us? Whatever your opinion, please share your thoughts in the space below!