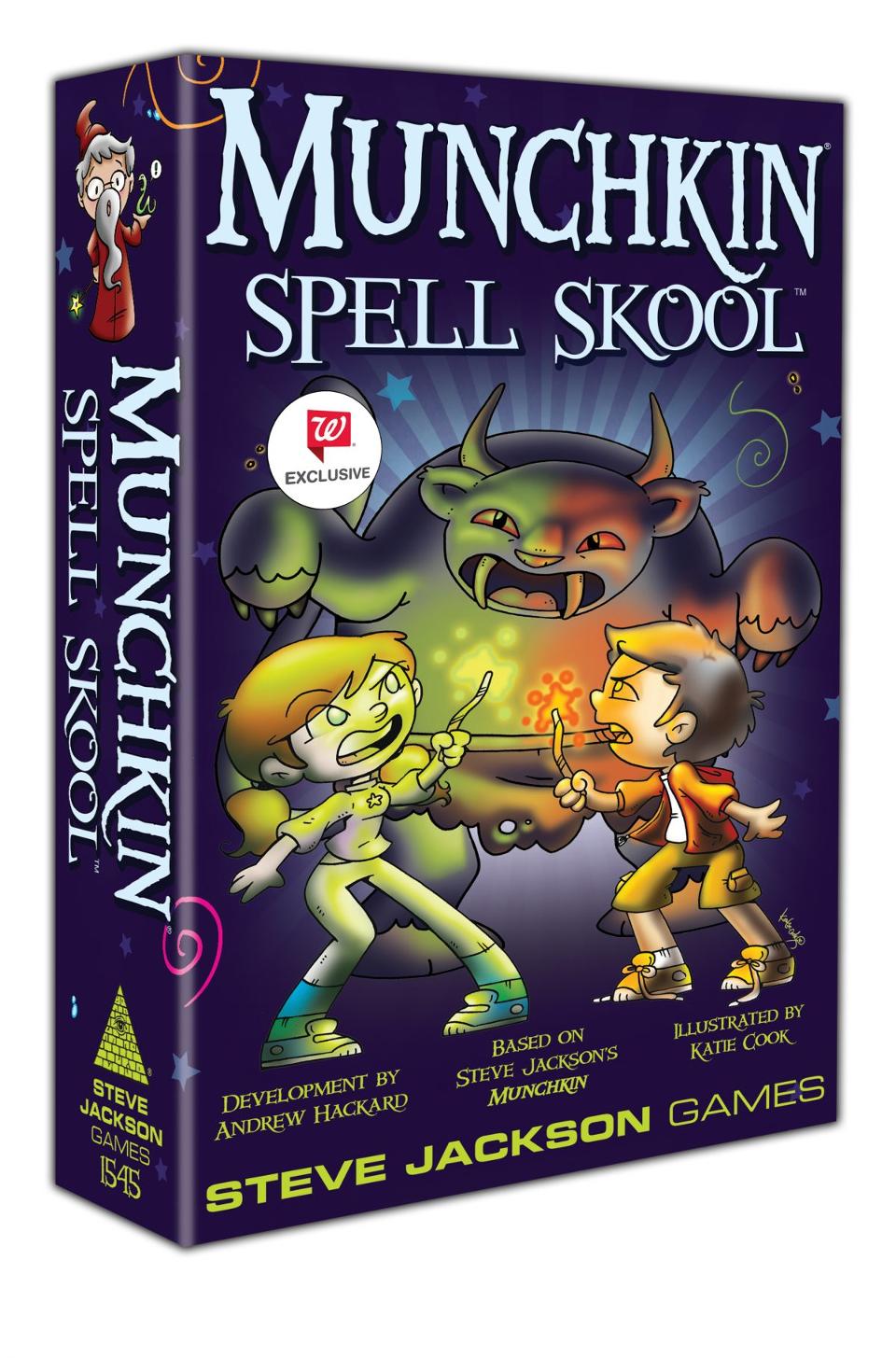 Steve Jackson Games surprised us this morning with the announcement of another Walgreens exclusive – Munchkin Spell Skool.

This is magic class like you’ve never seen it before. Pick up your Bubble Wand and hope you can find the Great Haul, or at least a Friendly Big Kid to help you out. Or maybe grab the Fire Drill or the Manual of Transmission, because here come the Ash Kicker, Huff & Puff, and the dreaded Moldy Mort!

The 112 card set has a suggested price of $19.95 and should be rolling into Walgreens over the coming weeks.

If you would have asked me two weeks ago if Steve Jackson Games was slowing down on Munchkin releases, I would have said yes – the next big release appeared to be Munchkin Shakespeare, a Kickstarter project that is set to arrive in December.

This is not the first time Walgreens and Steve Jackson Games have teamed for exclusive Munchkin content. Last year, Munchkin Grimm Tidings was released, which became a big seller for the company. It makes sense to continue that relationship with this new release, but it still seems odd we are getting this announcement a week ahead of the game’s release.

via World of Munchkin