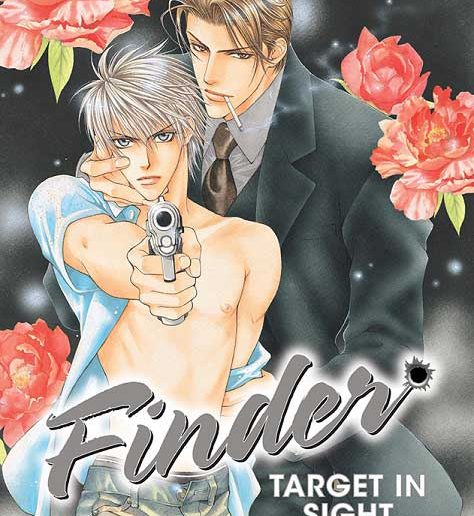 FINDER is rated ‘M’ for Mature Readers and is releasing in print and digital formats. Volume 1 of the series will release on June 13th, with each subsequent volume releasing every other month until caught up with current volumes. The latest never-before-published volume of the series (Vol. 8) is already available for purchase through SuBLime. Each volume of this series is a deluxe edition containing a double-sided foldout color poster, a bonus manga story never before published in English, a special cover treatment, and a brand-new translation.

Print editions will carry an MSRP of $14.99 U.S. / $19.99 CAN each. The digital versions will carry an MSRP of $6.99 U.S. Readers have two methods of digital access to the volumes on SuBLimeManga.com – via a DRM-free downloadable PDF, viewable on any enabled eReader device and computer, as well as via the online manga viewer. Readers can also purchase a digital version through the NOOK, Kindle and Kobo eReaders.

In FINDER, freelance photographer Akihito Takaba takes on a risky assignment trying to document the illegal activities of the Japanese underworld. When he captures its leader – the handsome, enigmatic crime lord Ryuichi Asami – in the crosshairs of his viewfinder, Takaba’s world is changed forever. The older man ravages him, both body and mind. Does this mean the end for the naive photographer, or will he live to shoot another day?

“SuBLime’s re-release of FINDER presents the series in a fresh new way to fans, with brand-new translations and the addition of beautiful, full-color foldout double-sided posters and special bonus manga content,” says SuBLime Editor, Jennifer LeBlanc. “We look forward to publishing all of the earlier volumes of FINDER as well as future volumes of the series for the enjoyment of both new and veteran readers alike!”

Ayano Yamane is one of Japan’s most popular boys’ love manga creators and also created the notable series, A Foreign Love Affair and CRIMSON SPELL (published in English by SuBLime). She has also published several doujinshi (independent comics) under the circle name, GUN MANIA.

Visit SuBLimeManga.com for a complete array of additional yaoi manga titles that are available digitally in a download-to-own format for $5.99 (U.S. / CAN) each and are viewable as a PDF on any enabled eReader device or computer or accessed via the online manga viewer found on the web site.