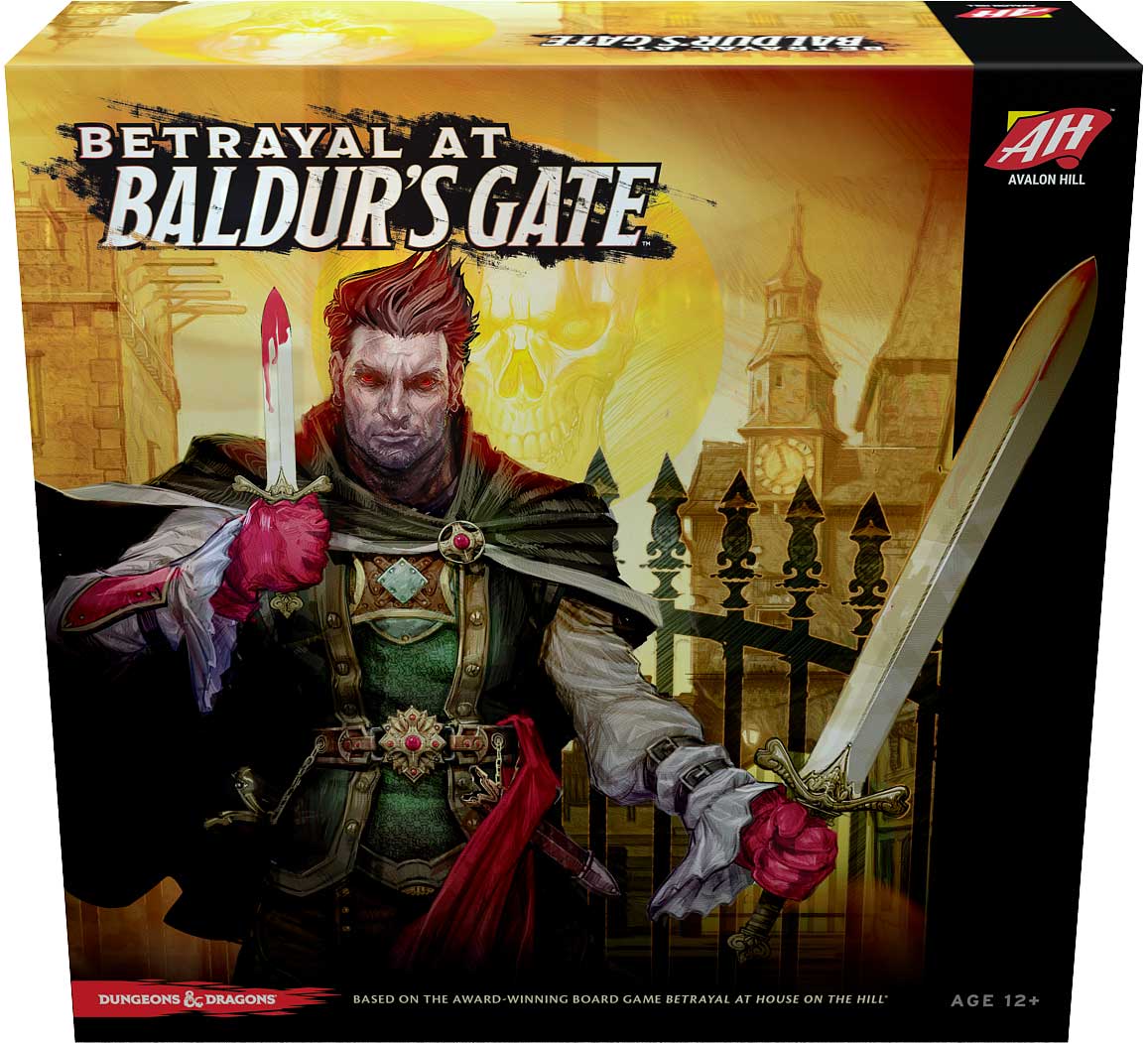 [Gaming] Wizards of the Coast announces Betrayal at Baldur’s Gate

What would happen if you crossed Betrayal at House on the Hill and Baldur’s Gate? Well the headline kind of spoils it, but you end up with Betrayal at Baldur’s Gate, a 3-6 player game coming our way in November.

Avalon Hill Games and Wizards of the Coast gave us a pretty good description of the game:

The shadow of Bhaal has come over Baldur’s Gate, summoning monsters and other horrors from the darkness!

As you build and explore the iconic city’s dark alleys and deadly catacombs, you must work with your fellow adventurers to survive the terrors ahead. That is, until some horrific evil turns one — or possibly more — of you against each other. Was it a mind flayer’s psionic blast or the whisperings of a deranged ghost that caused your allies to turn traitor? You have no choice but to keep your enemies close!

Based on the award-winning Betrayal at House on the Hill board game, in Betrayal at Baldur’s Gate you’ll return to Baldur’s Gate again and again thanks to the fifty included scenarios only to discover it’s never the same game twice.

Can you and your party survive the madness, or will you succumb to the mayhem and split (or slaughter!) the party?

I have not played Betrayal at House on the Hill, but everyone says it is a super fun game, and that I need to play it. Throw in a D&D theme, and I will put down my money on November 15, 2017 when the game arrives in game stores.

via Board Game Geek