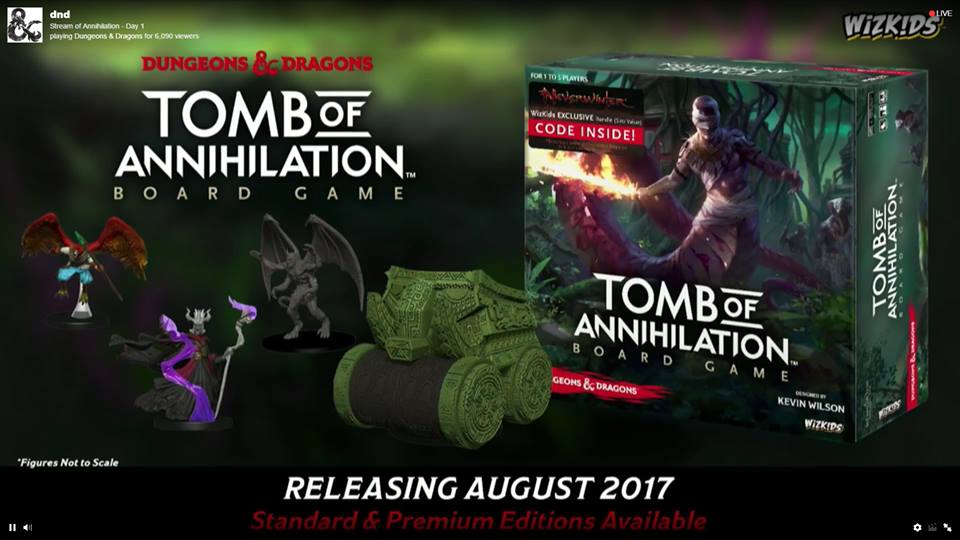 [Gaming] Tomb of Annihilation getting the board game treatment, too

I do love the Dungeons and Dragons board games, as they add another level to playing in the D&D Universe without the problems of finding a GM to lead you on an adventure. This weekend, Wizards of the Coast announced the next storyline for the D&D line, and at the same time, announced the Tomb of Annihilation Board Game.

According to ICv2, new mechanics are expected to be part of the system, as well as a new playable character class – The Bard! Get your vocal chords and your ukulele warmed up, kids!

A new “spell deck system” is also being added to the game, to increase the variability of monster and villain abilities, as have new rules for stunning heroes.

Like Temple of Elemental Evil, WizKids is releasing this game in two different versions – Standard, with non-painted figures, and Premium – with pre-painted figures. The Premium version has a premium price at $159.99, while the Standard Edition will be at a more reasonable $79.99. I know, still a bit high, but it’s a game that will last you a while, and does have a lot of replay.

The Tomb of Annihilation Board Game is expected to arrive in August 2017.

via Wizards of the Coast, ICv2, Board Game Geek