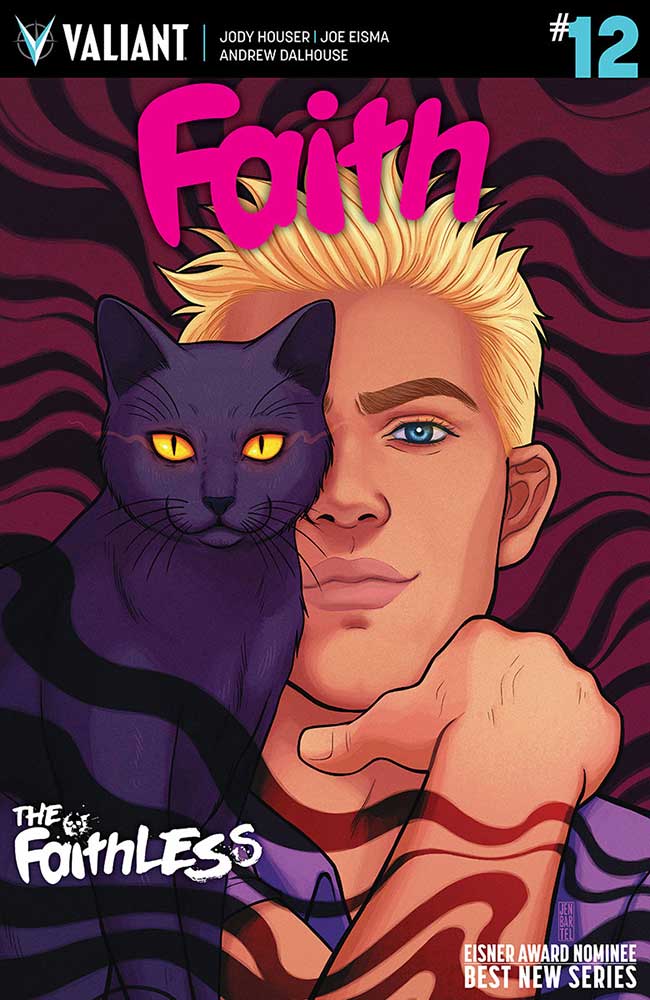 Faith vs. “THE FAITHLESS” – The final battle!

Framed for a crime, held prisoner by a team of her greatest enemies, and quickly running out of time, Faith must confront the truth of her first true defeat! But has victory truly come to The Faithless – a revenge-obsessed squad of malicious malcontents – or will Los Angeles’ soaring protector give them a run for their money first?

From the Hollywood Hills to the Santa Monica Pier, L.A. is about to witness the ultimate beat-down between good and evil…and when the final page arrives, you’ll be saying, “What the frack?!”