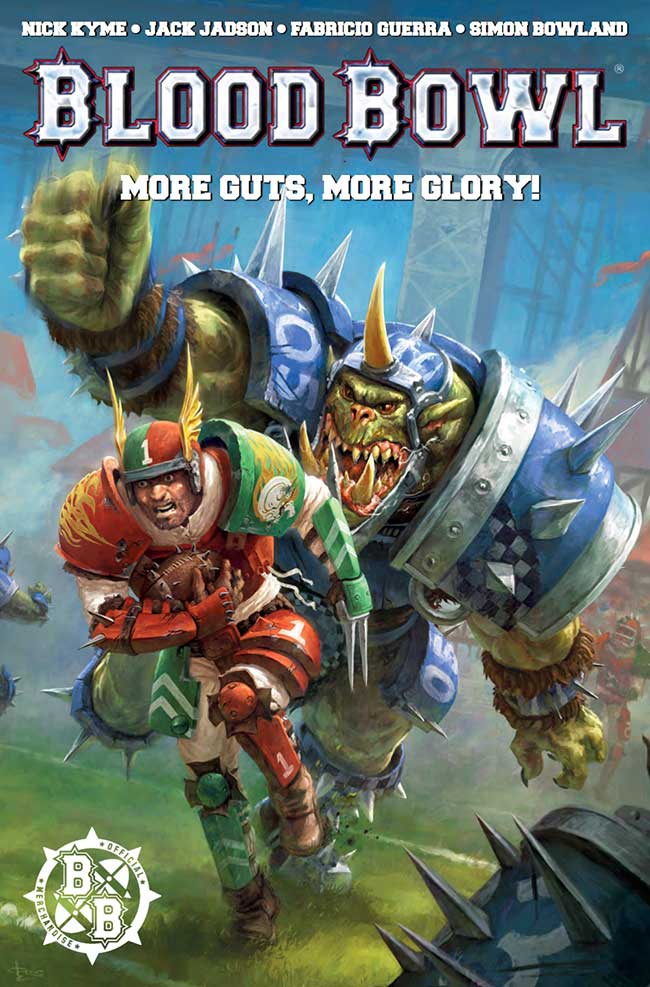 The most vicious and dangerous fantasy football tournament you will ever encounter! Dive into the action as a rag-tag team of humans, the Hochland Harbingers, attempt to claw their way to the top of the Blood Bowl league! Can Dreng Sturmblud, a former star player who has crashed to rock-bottom, help the Harbingers fend off the terrifying opposition?! Bone-crunching sports action in the fantasy world of Warhammer, written by Nick Kyme (Warhammer 40,000) with art by Jack Jadson (Teen Titans, Birds of Prey) brand-new edition of the board game has been a runaway success – adding to the game’s global appeal and huge fanbase!