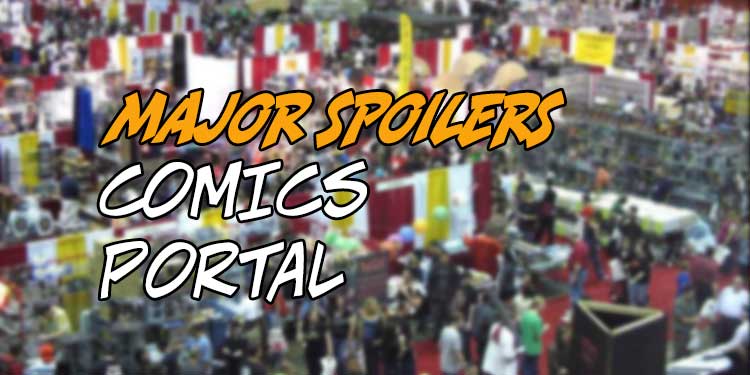 I’m just back from Megacon Orlando, and I had a good time helping James Haick, a good friend and creator/scripter of a terrific Scout Comics offering Solar Flare. Of course, I also helped Richard Rivera with the comic I’ve edited called Stabbity Bunny. But enough name dropping!

There was a lot of discussion at this convention about the perception that dealers – those folks who sell things at cons – took in significantly less money than last year. And last year was down a lot from the year before. Now, not everyone experienced this, but enough dealers did so that it could impact this convention in the coming years.

BUT FIRST, HOW WAS MEGACON ORLANDO? I’ve been to this convention both as a fan and on the other side of the table with dealers for several years now.

On many levels, this was a great convention. Many things were well organized, the guest list was so big I couldn’t begin to reproduce it here, and there seemed to be a good attendance, particularly on Thursday, oddly enough, as well as Saturday and Sunday. Friday was the weak leak in this chain.

I was helping out in the con’s Artist Alley, and I do have to point out one big improvement the organizers should consider in the coming years. The locations in this section of the floor were a complete mystery to those of us working there, not to mention the fans who might try to return to a booth for any reason. There were absolutely NO markings indicating which row was which, and we were reduced to pointing out banners at other booths that probably were too tall, but at least you could see them some distance away. Other than that, everyone was left to our own devices, trying to figure out who was where. It wasn’t pretty, and it probably contributed to what I’ll talk more about shortly – dealer income.

The con was held in a different part of the Orange County Convention Center than it has been in the past, and that reaped some benefits, including food and refreshment dealers being easier to access. What will happen next year, which part of the building will it be held in? No idea – at least, not yet.

I did meet some Indie comics creators I hope to interview soon for my podcast, and I even made a few pro connections, too. So, it was a success to me on that level! I know that, at least among some people, dealers at conventions are considered blood-sucking vampires. I regularly hear fans talk about how the prices are too high, the condition of various goods is not acceptable, and some dealers are too aggressive (not able to pick up on a clue that the person is not interested).

And there’s some merit to some of these concerns. For instance, I was helping another friend at a convention in the Midwest, and that person became so frustrated by the fact that we weren’t selling enough comics to suit him. Out of the blue, he loudly proclaimed, “This is a F*****ing Comics Convention! Why won’t any of you buy a F*****ing comic book?” I was standing in the aisle trying to talk with fans walking by, and I immediately told these people, “I have NO idea who that crazy man is!” which prompted some to laugh.

Some dealers take a very aggressive approach to selling their wares, obviously. Personally, I prefer to give a fan who is at least looking in my direction the chance to stop me from talking by taking a breath. If that person moves on past the booth or says, “Thank you,” I’m done. I mean, I’ve been accosted by salespeople who won’t take “no” for an answer in the past, so I know how that feels. I don’t want to do that to anyone else.

I do come across some fans who won’t respond to someone giving an aggressive sales pitch until that person has completely finished their attempt. I appreciate the “couth” in doing that, but at times I think it only encourages the sales person to try again, and maybe even harder next time.

But I could be wrong! The important thing dealers want to do is cover those costs as quickly as possible. If they can’t do that, there’s no guarantee they’ll be back next year. If they don’t make money, it would be less expensive if they could stay home and watch HBO all weekend instead.

Yes, I think some of the prices are too high. I know of a dealer who seems to double the costs of his rare comics from the rate in the Overstreet Price Guide (or as some of us call it, “The Overprice Street Guide”). He would complain bitterly that people weren’t buying. Well, if he could bring those prices down from the stratosphere, hey, people might buy more! He’s still at it, I understand, and he must still be making enough money to buy booths at conventions, so good for him!

I always enjoy it when someone misquotes the Bible by saying, “Money is the root of all evil.” Well, that’s not exactly how it goes. The verse actually says, “The LOVE of money is the root of all evil.” Frankly, anyone who can earn a living by selling items at a con gets my respect. I just ask that they consider their fans’ wallets as they do that.

The condition of goods is pretty important, especially to comics collectors. They want to see a return on their expenses, so they want the highest grade possible on books they buy. Don’t get mad at them if fans won’t buy your copies if they’re not in good condition. Really!

NO DEALERS AT ALL?

I often ask fans if they would go to a convention if there were no dealers there. Some immediately say “Yes,” and they wish cons would implement that policy immediately.

However, most con attendees enjoy taking home treasures they probably couldn’t find at their local stores, so they often bring enough money to buy what they like when they hit the con floor.

It may be that my time behind the table has changed my perspective somewhat, but I also buy cool stuff when I’m at a con. Granted, many of these things are Indie comics I can read and hopefully interview someone about for my podcast, but I do still pick up the occasional T-shirt or action figure, particularly if it’s Batman or Hawkman.

Some cons have left dealers out of the equation in the past, and I think it lessens the experience. Look, you’re not required to buy something there, after all! If you don’t have the money to buy something you’d like to have, get that dealer’s business card! You can contact them when you have enough money! If they still have that thing in stock, you can pay to have it shipped to you! Everybody’s happy!

I think most dealers work to cover their costs and, yes, make some money so they can afford to buy more products to sell in the future. There are some who go above and beyond, but I think and wise fans will eventually weed them out. But we’ll see!

What about you? Do you like checking out what’s being sold at cons? Would you rather at least some keep dealers away? Whatever your opinion, please share your thoughts in the space below!