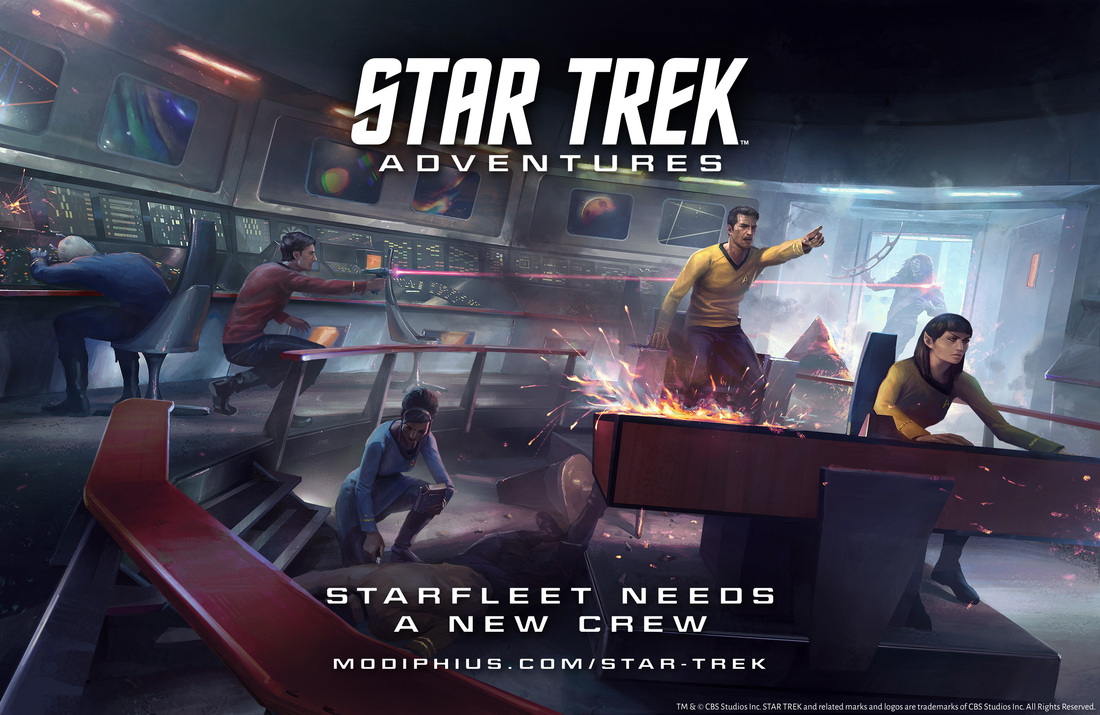 With the testing phase of Modiphius’ Star Trek Adventure RPG winding down, the game company has revealed the dice and miniatures you can purchase for your next table top adventure.

It looks like the miniatures come in two sets of eight – one for The Original Series, and the other for The Next Generation. Interestingly, the Next Generation set includes Tasha Yar, which makes me wonder if one of the monsters gamers will encounter is Guy in a Trash Bag Covered in Goo.

The official Star Trek dice sets produced by Q-Workshop coming with 3 dice in the Division colour of your choice – Command, Operations, Sciences along with four Challenge dice which feature successes on the 1 and 2 faces, and the Starfleet symbol (for effects) on the 5 and 6 face. I like the dice, but I don’t know how important the D20 will be in game play. I think the Challenge dice could be interesting, but I think fudge dice would be able to do the same thing.

I’ve been reading through the beta test of the game, and though we won’t have time to record any sessions before the game releases, I can see the Critical Hit team playing Star Trek Adventures very soon.

What do you think of these reveals? Are you ready to boldly go where no one has gone before when the game finally releases?