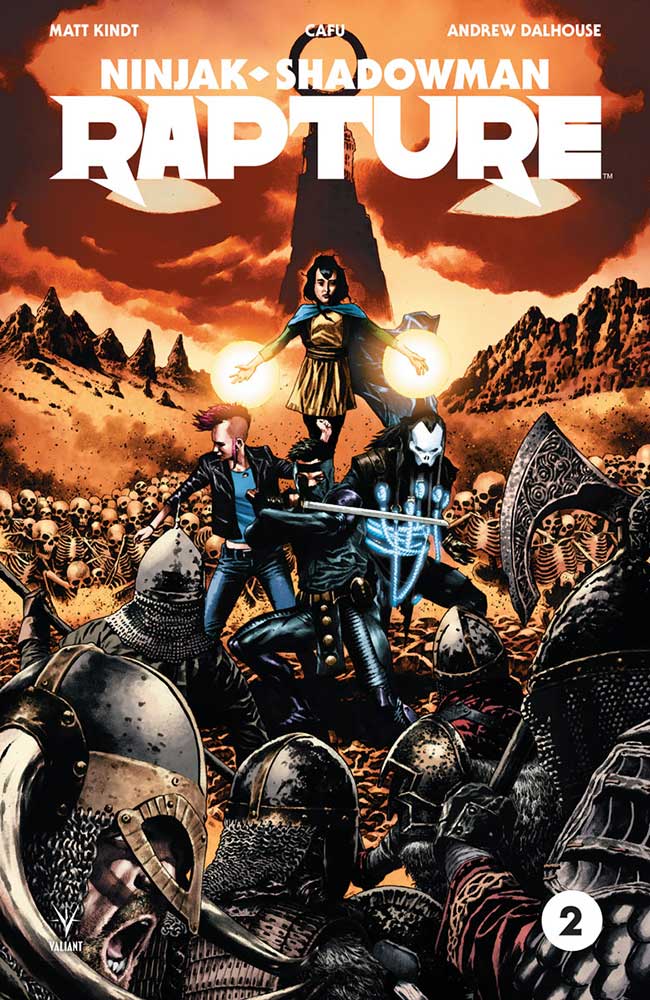 Valiant Entertainment sent us a sneak peek of Rapture #2 by Matt Kindt, Cafu, and Roberto De La Torre. The issue is scheduled to arrive in June.

RAPTURE #2 (of 4)
Written by MATT KINDT
Art by CAFU with ROBERTO DE LA TORRE
Cover A by MICO SUAYAN (APR172119)
Cover B by J.G. JONES (APR172120)
Character Design Variant by KANO (APR172122)
Variant Cover by CLAYTON CRAIN (APR172123)
B&W Sketch Variant by MICO SUAYAN (APR172124)
Ninjak Vs. The Valiant Universe Variant Also Available (APR172121)
$3.99 | 32 pgs. | T+
As Babel’s dark forces in the Deadside rise, the afterlife’s last chance at survival rests in the living’s greatest champions. But to save heaven itself, MI-6 agent Colin King – aka Ninjak– must confront his greatest fears…and test his trusted steel against the fantastic and unknown powers of sorcery. With Punk Mambo, the Geomancer, and Shadowman at his side, Ninjak will lead the supernatural’s greatest champions into a suicide mission against beasts and barbarians…and the very gods themselves!