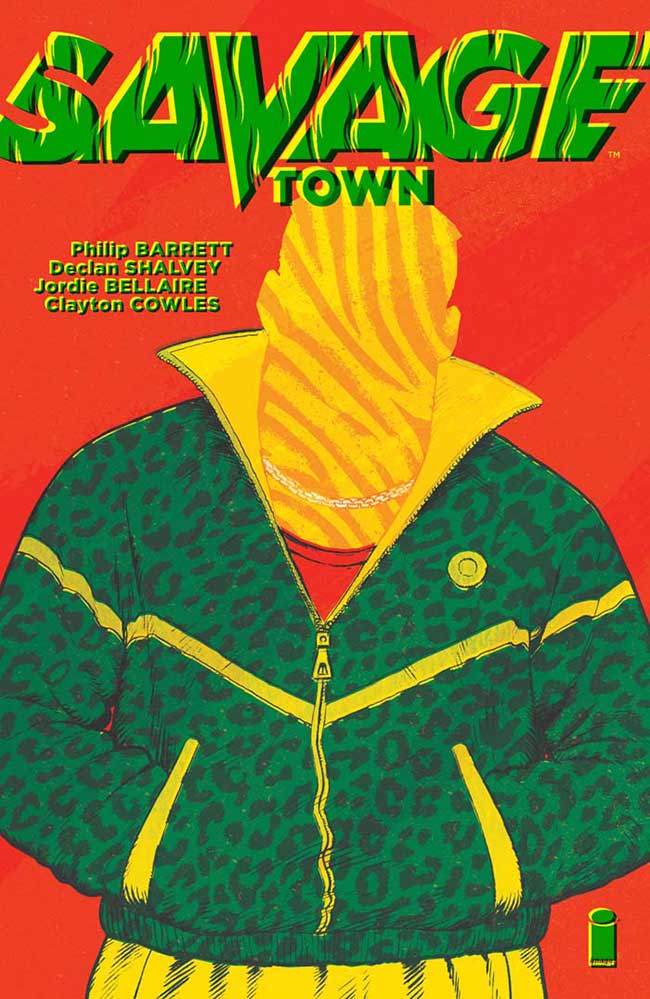 Image Comics has announced the upcoming graphic novel, Savage Town by Declan Shalvey, Philip Barrett, and Jordie Bellaire is set to arrive at our comic shops in September.

Loosely based on real events at the turn of the millennium, SAVAGE TOWN follows Jimmy “Hardy” Savage, the head of a small gang in Limerick City, Ireland. His presence has been tolerated, up until now, by the two large gangs that hold Limerick in their grasp. With these rival gangs, the local cops, his best mate, and his mammy all out to stick a knife in him, will he live long enough to get to the top? More importantly, will he pay me back for that fiver I gave him last week?

“SAVAGE TOWN is a gritty crime story with Irish charm,” said Shalvey in a press release from Image Comics. “Inspired by the troubled past of Limerick City, this story tells the tale of Jimmy Savage, a small-time crook who manages to fail his way up the criminal ladder. I’m excited for the world to discover Philip Barrett on this book, an artist who is without a doubt one of the best storytellers in Ireland right now. Pick SAVAGE TOWN up in September; it’s the best hangover cure Image can offer.”