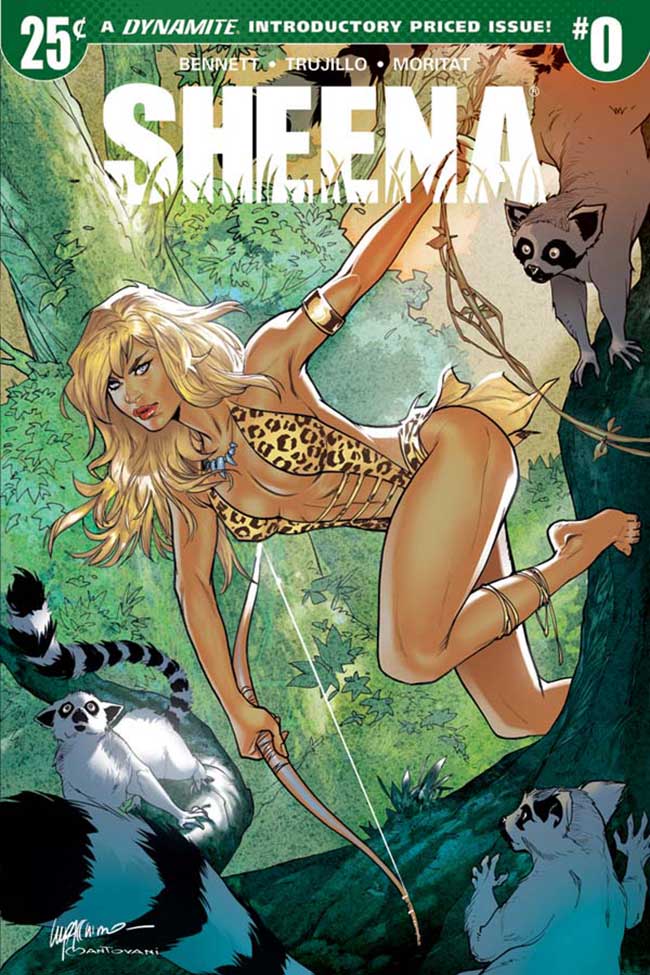 Dynamite Entertainment has hired writers Marguerite Bennett and Christina Trujilo, as well as artist Moritat, to bring readers new adventures of Sheena, Queen of the Jungle.

Writer Marguerite Bennett said, “Our story is glorious golden age pulp — high adventure, quick wit, ancient mysteries, and daring dames — clashing with the perils of two worlds: one, the modern world come to conquer, and one, a world of dark supernatural mystery long forgotten, awoken to anger once more. This is a fast paced, action packed kick off to more exciting adventures for Sheena!”

Sheena began her fictional existence as an orphan raised by a shaman in the jungle, perfecting her survival skills and mastering the ability to communicate with animals. Her many adventures brought her into conflict with evil hunters, slave traders, and rampaging wildlife. The character has thrilled audiences in several television and film adaptations, including portrayals by actresses Irish McCalla (1955-1956), Tanya Roberts (1984), and Gena Lee Nolin (2000). Dynamite Entertainment has a long history of publishing jungle fantasy and pulp adventure, making it the perfect home for Sheena!

This should be a great series, and we’ll be there to check it out when it arrives at our LCS on August 2, 2017 when Sheena #0 arrives.

PREVIEW: Sheena, Queen of the Jungle #8