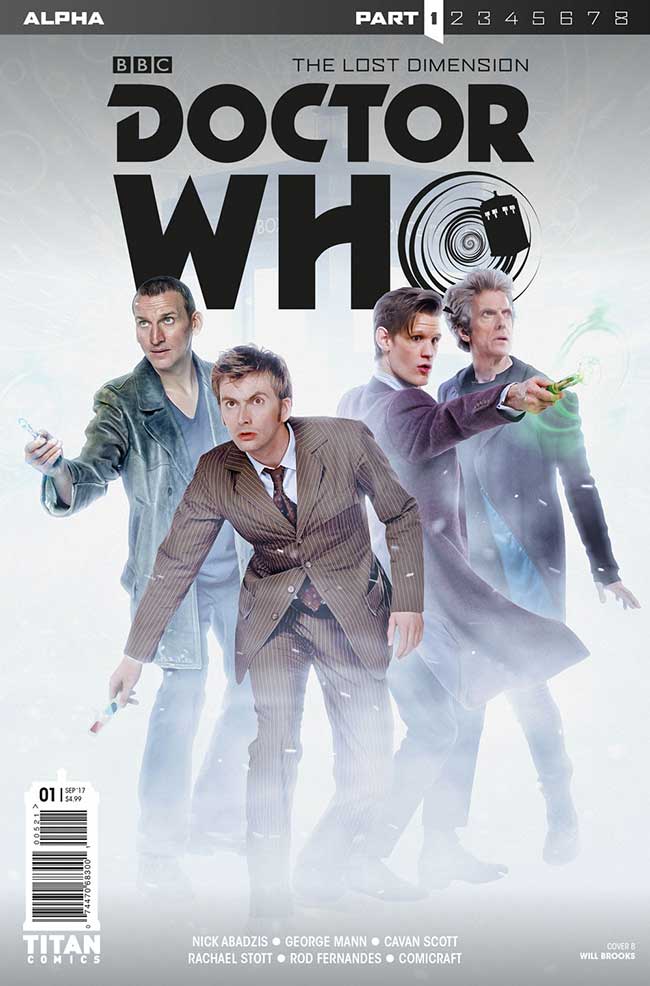 Doctor Who Comics Day is coming on September 2, 2017, and Titan Comics is ready to celebrate with Doctor Who: The Lost Dimension that features Doctors 9-12!

DOCTOR WHO: THE LOST DIMENSION, is an epic event – comprised of eight chapters over three months – crossing over all four ongoing series (Ninth, Tenth, Eleventh, and Twelfth Doctor comics). The event will begin a new era for Titan’s Doctor Who comics, and will find the Ninth, Tenth, Eleventh, and Twelfth Doctor playing their part to battle The Void!

The Void has always existed: “No place. The silent realm. The lost dimension.” But the Void is no longer empty. The Void is hungry, and devouring our universe – through time and space. Now, the four Doctors must join forces to save…everything!

The Doctor Who crossover series from Titan Comics have been pretty good these last couple of years, and now that Nine is part of the licensing agreement with the BBC, I’m looking forward to this.