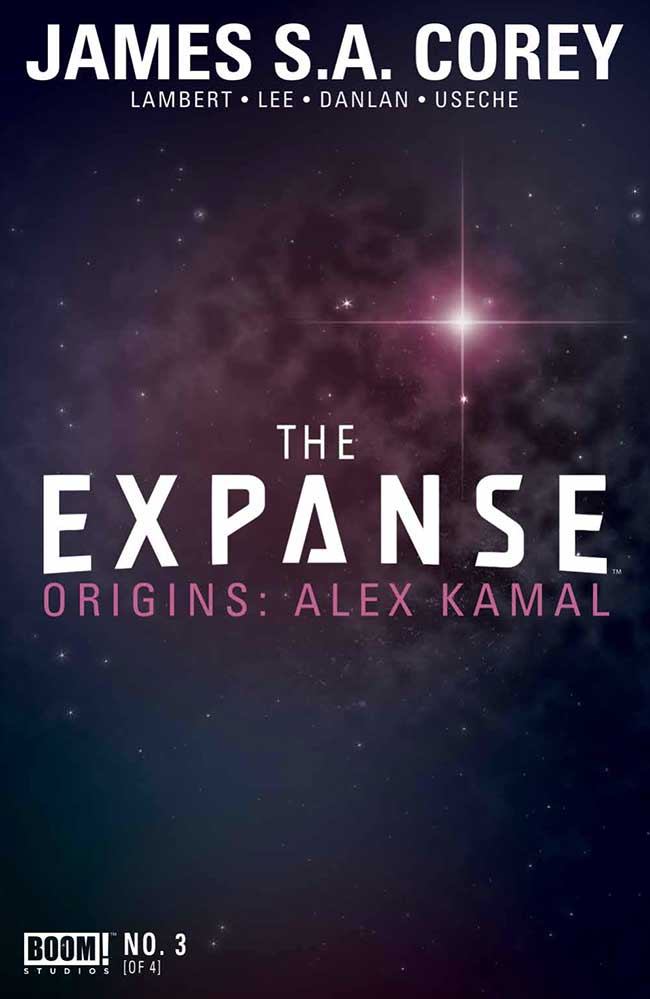 The Expanse Origins #3
Publisher: BOOM! Studios
Story by James S.A. Corey, Hallie Lambert, Georgia Lee
Script by Hallie Lambert
Artist: Huang Danlan
Cover Artist: Scott Newman
Price: $3.99
Synopsis: Before Alex Kamal was a member of the crew of The Rocinante, he was a pilot for the Martian Congressional Republic Navy. As family pressures rise, Alex is forced to face the realities of where his heart lies and what future he wants for himself.