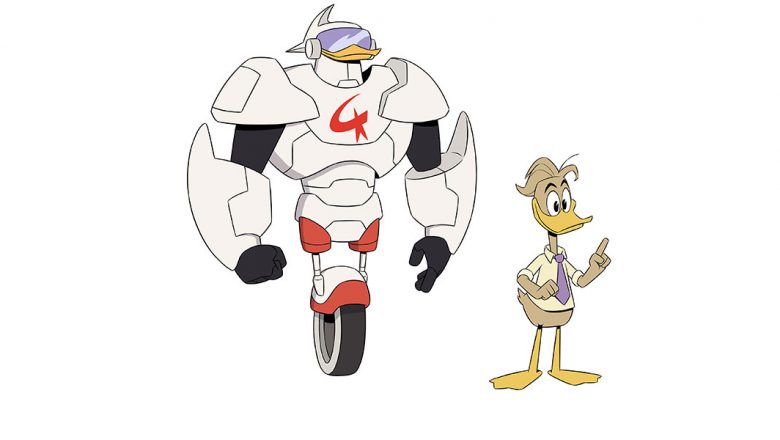 Here is some really good news for the upcoming Ducktales relaunch at Disney – Lin-Manuel Miranda will be voicing Gizmoduck.

The cast for Ducktales is already amazing with David Tennant as Scrooge McDuck, Danny Pudi as Huey, Kate Micucci as Webby Vanderquack, and more.  With the original characters appearing in the series, it is really surprising to see the studio adding Gizmoduck to the show so early.

Fenton Crackshell didn’t appear until the second season in the original series, well after the adventuring antics of Launchpad McQuack had been established.  That being said, Gizmoduck was a huge favorite among younger fans, so it makes sense to have the character appear as soon as possible in the reboot.

Executive producer Matt Youngberg said, “Lin came to mind instantly for the role of Gizmoduck. His rapid-fire earnestness paired with his wide-eyed yet determined optimism made him the perfect person to yell ‘BLATHERING BLATHERSKITE!’”

If you are headed to D23 Expo, Disney plans on sharing a sneak peek to fans, with the series scheduled to appear later this summer.