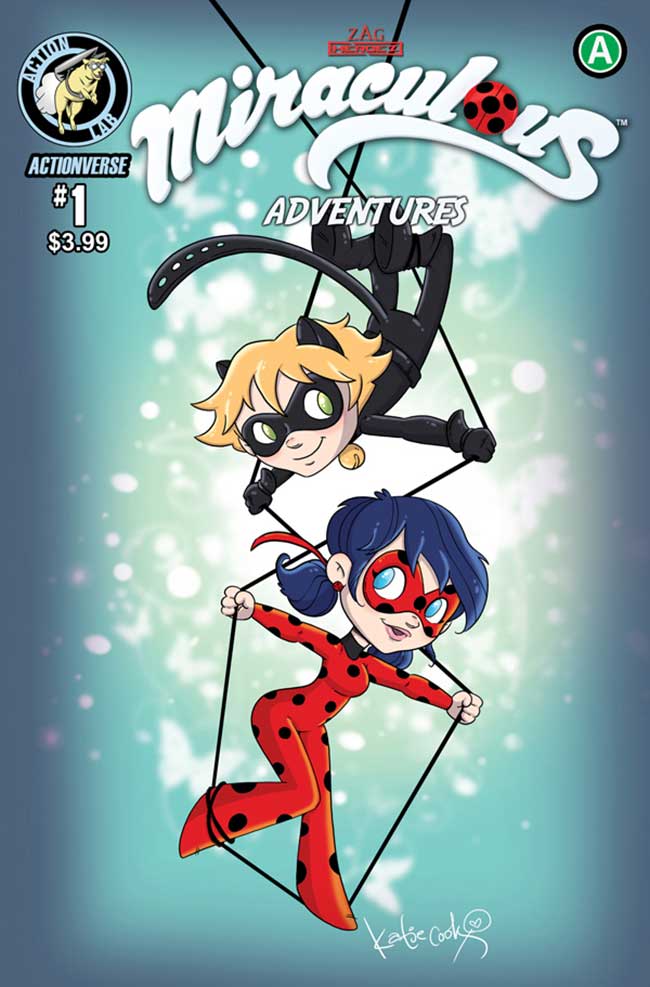 Miraculous Adventures of Ladybug and Cat Noir features all-new stories that take place in the universe of the popular Zag Entertainment television show Miraculous: Tales of Ladybug & Cat Noir. These stories will appeal to readers 9 years and older looking for a fun superhero story.

The series follows two of the greatest superheroes of Paris, Ladybug and Cat Noir, as they attempt to thwart the villainous Hawk Moth. Fans of the Miraculous television show and newcomers alike can enjoy the new stories in Miraculous Adventures of Ladybug and Cat Noir that you can’t see on TV! Readers will get action-packed scenes and learn valuable lessons.

The first story in Miraculous Adventures #1 is titled “Replay.” When Adrien outplays a lacrosse player, Hawk Moth akumitizes the disgruntled youth. Becoming Replay, he gains the ability to control time around him. Will Ladybug and Cat Noir be fast enough to defeat him? Or will he stop their heroics once and for all?

One of the writers, Nicole D’Andria, comments “As a big fan of the Miraculous TV show, I’m honored to get the opportunity to write some of the characters I enjoy. Ladybug and Cat Noir are both extremely relatable and I think a lot of people will have fun reading about them. I’m really excited to help add a new story to this universe!”

Bryan Seaton had this to say: “I was lucky enough to spend time with the entire Miraculous team from France this week to plan the future issues of the comic. The series will allow us to expand the Miraculous universe in incredible ways. The fans won’t want to miss an issue.”

Miraculous Adventures #1 will be available in comic book stores on July 12, 2017.