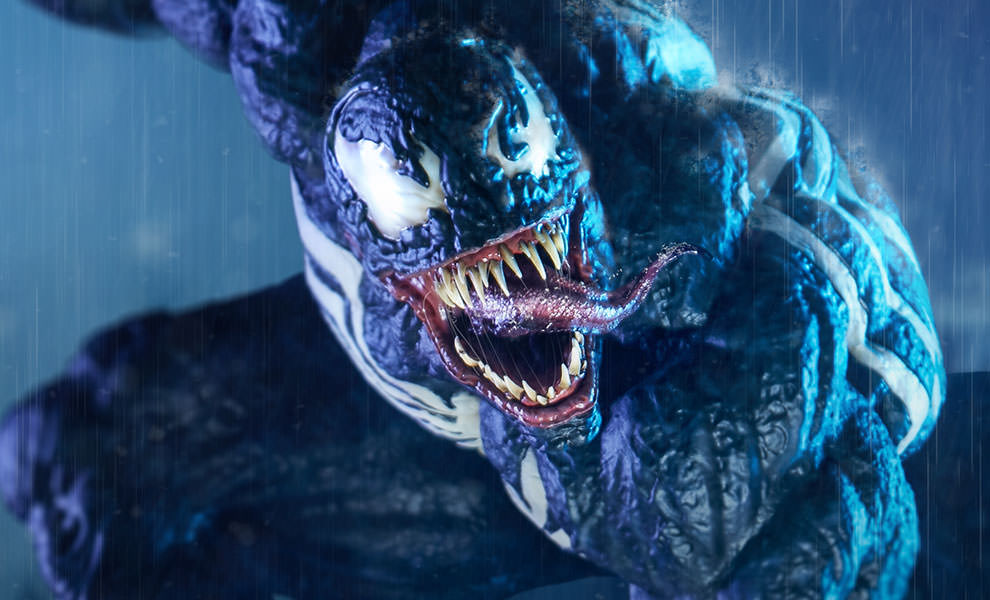 On Friday, Sony announced it had signed Tom Hardy (The Dark Knight Rises) to play Venom in an upcoming movie.

Sony for years had planned on working on a Venom film since 2007’s Spider-Man 3.  The villain themed films raised their heads again in 2014 following The Amazing Spider-Man 2 with the announcement and then cancelation of Sinister Six. Now that we have Tom Hardy donning the symbiote suit, and a director in the wings awaiting final signatures, I think this is a go… especially when Sony released this image via Twitter.

Here is the weird/potentially scary part of the announcement – Venom is slotted to open on October 5, 2018. That’s 17 months away, and though I don’t doubt an cgi heavy film can’t get done in that time, it won’t surprise me if we see a bump in that release date.

On the plus side, THR reports Scott Rosenberg and Jeff Pinkner have already written the script.