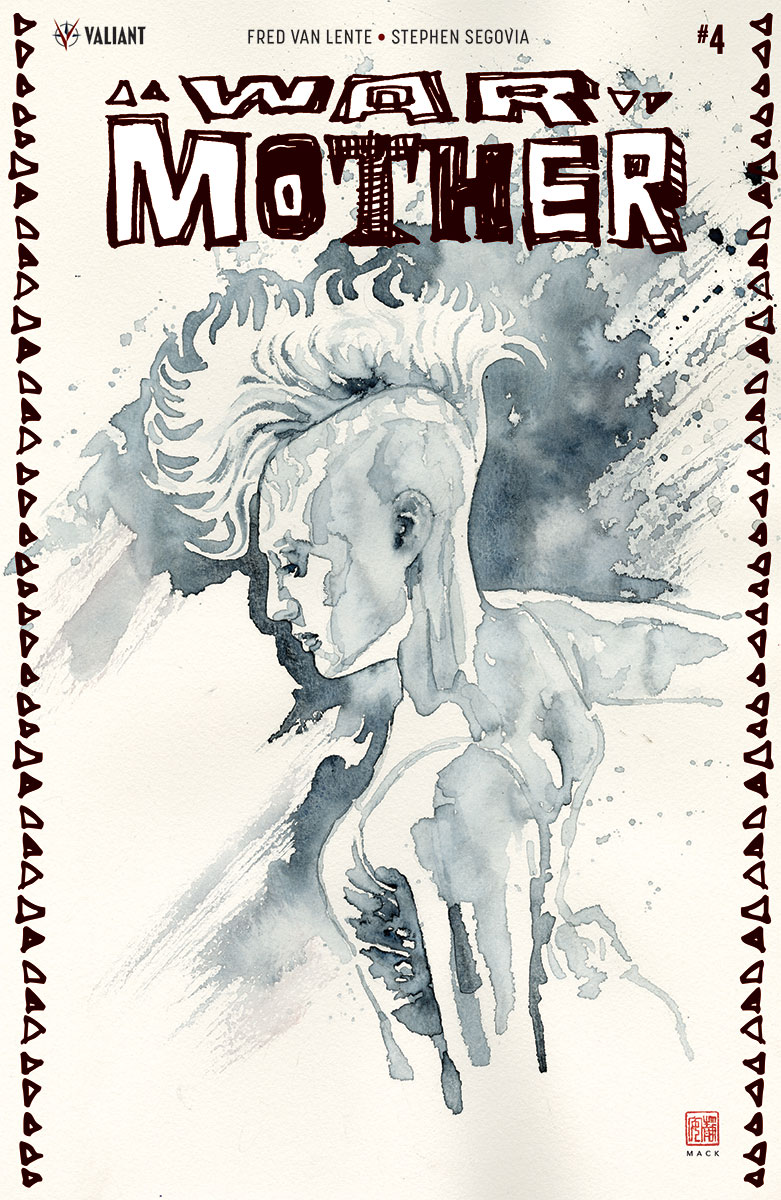 Two millennia from today, Earth is not the hospitable home we once we knew. Ravaged by an endless onslaught of war, disaster, and time, the world is littered with desolate badlands, fortified kingdoms, and secretive enclaves where humanity still clings to life… Enclaves like The Grove – Earth’s last known repository of scientific knowledge and bioengineered prosperity. Now, under the leadership of the lone protector called War Mother and her sentient sniper rifle, the denizens of The Grove face a critical choice: remain where they are and die, or find a new land and flourish. Can War Mother lead her people out of isolation and reignite the fires of a dying planet? And even if she can locate the distant citadel she seeks, can she fight back the horrors and perverse monstrosities that lurk just beyond her doorstep?

After first appearing with a highly speculated-upon cameo in the pages of BOOK OF DEATH #1 in 2015, War Mother rushed to the fore of the Valiant Universe with a history-making debut in the 4001 A.D.: WAR MOTHER #1 special – an integral chapter, helmed by Van Lente and blockbuster artist Tomas Giorello (X-O MANOWAR), at the heart of last summer’s best-selling crossover event. An instant fan favorite, the character’s landmark first appearance earned two sold-out printings and widespread critical accolades. Now, in lockstep with Valiant’s other major 2017 launches – including X-O MANOWAR (2017) #1, FAITH & THE FUTURE FORCE #1, BLOODSHOT SALVATION #1, NINJA-K #1, and QUANTUM AND WOODY! #1 – War Mother prepares to march onward into her first limited-series adventure…and, in doing so, join the battle-scarred pantheon of the 41st century’s greatest champions alongside Rai and his fellow veterans of the fall of New Japan.