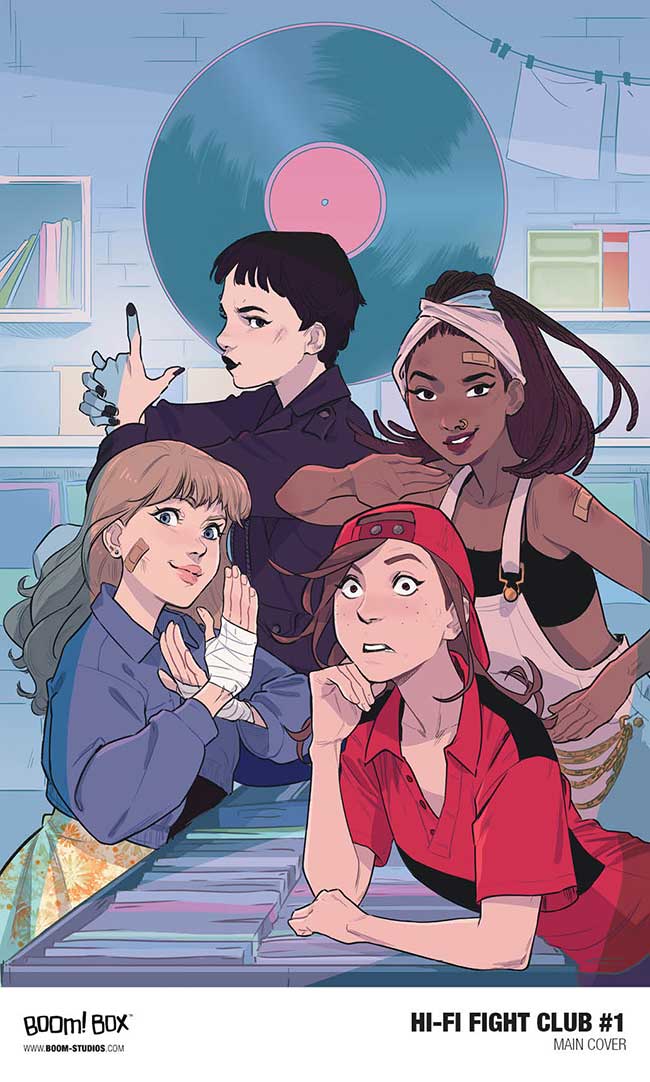 In August, BOOM! Studios launches Hi-Fi Fight Club by Carly Usdin and Nina Vakueva. The publisher describes the series as a “music-infused, action-adventure series that takes rock ’n’ roll fandom out of the record store and into the streets.”

The year: 1998. The place: New Jersey. Chris has just started the teen dream job: working at Vinyl Mayhem, the local record store. She’s prepared to deal with anything—misogynistic metalheads, grunge wannabes, even a crush on her wicked cute co-worker, Maggie. But when Rory Gory, the staff’s favorite singer, mysteriously vanishes the night before her band’s show in town, Chris finds out her co-workers are doing more than just sorting vinyl…her local indie record store is also a front for a teen girl vigilante fight club!

“Hi-Fi Fight Club is equal parts Empire Records and The Baby-Sitters Club, with a little D.E.B.S., Scott Pilgrim, and Lumberjanes in there as well,” describes Usdin in a press release. “It’s a fantasy based on my life growing up in New Jersey in the ’90s. All I wanted to do was to work at a record store and be a superhero. Music was my primary means for self-discovery and I look back on that time period very fondly. There’s also some wish-fulfillment on a deeply personal level as I do often wish I had come out in high school instead of waiting until college.”