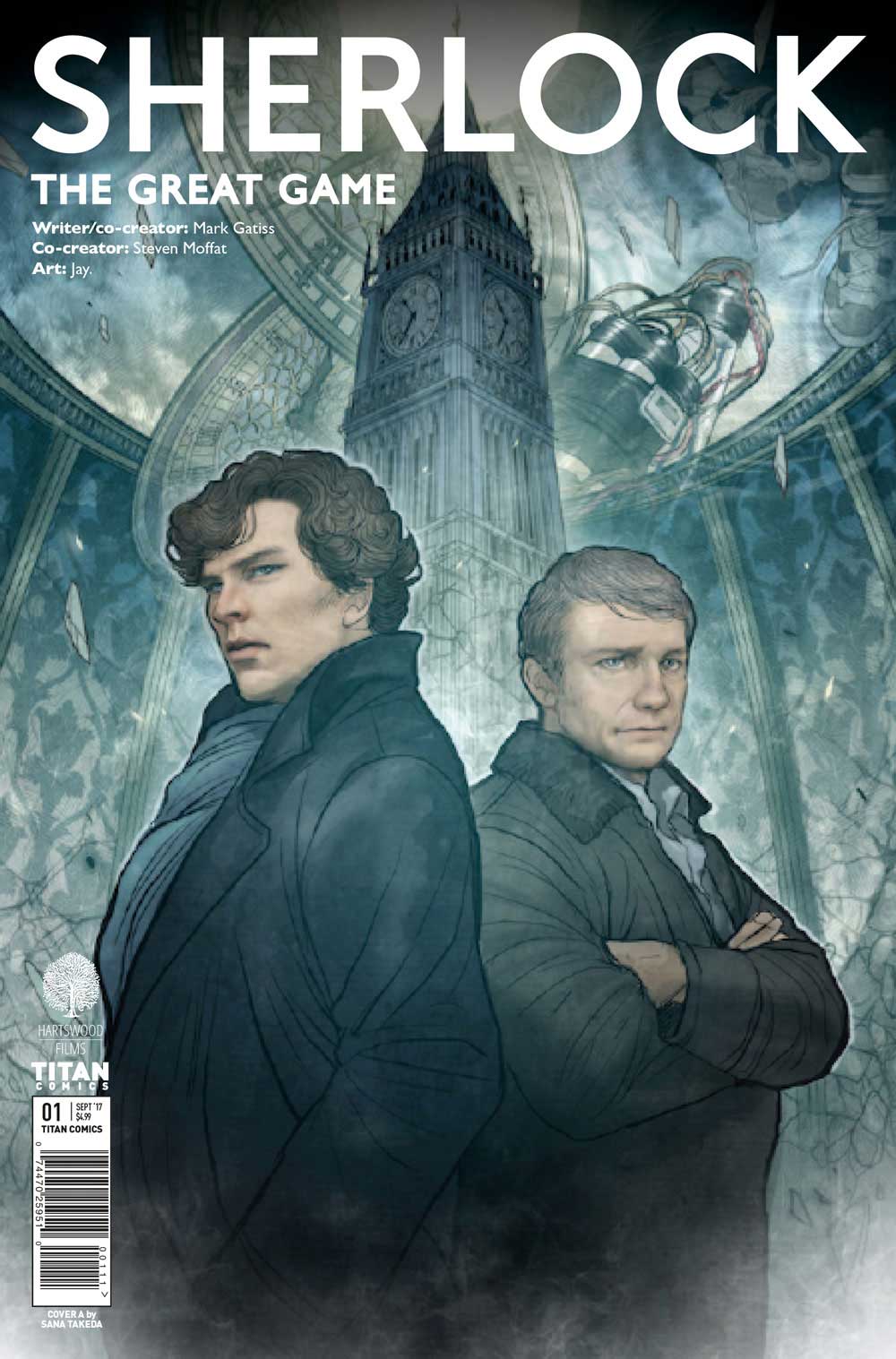 In The Great Game, someone is causing trouble for Sherlock Holmes and John Watson – and innocent victims are caught in the middle…but who is the villain and what is his link to Sherlock and John?

Sherlock The Great Game #1 is scheduled to arrive in stores on August 9, 2017.