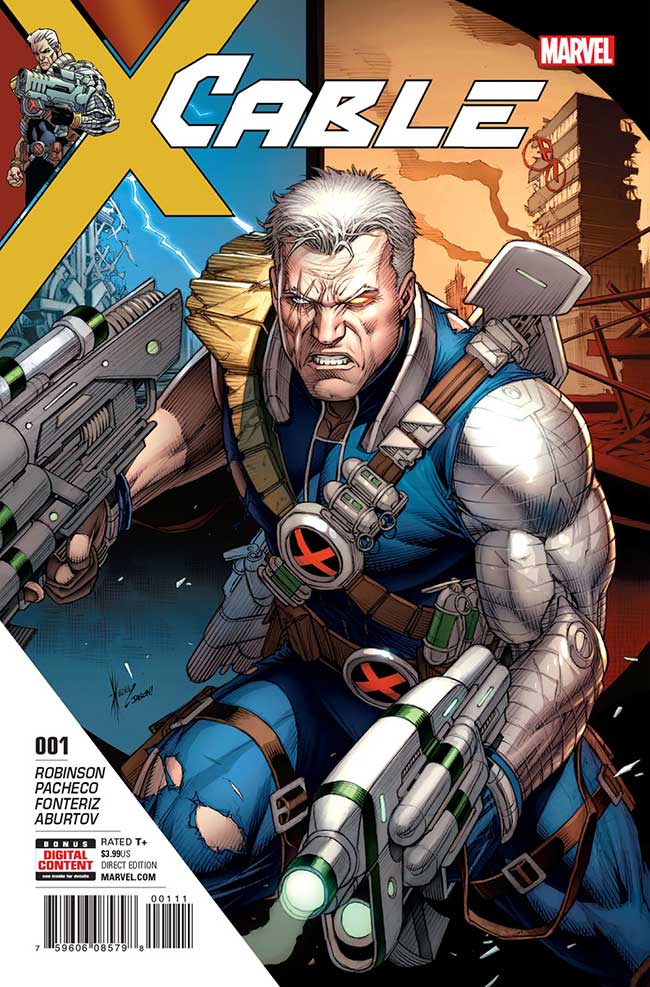 [Preview] Here is your first look at Cable #1

With Cable set to co-star in the upcoming Deadpool movie, interest in the fighter from the future is hitting a new high. Fortunately, Marvel has a new comic book series ready to fill your Cable void, and we have a sneak peek, after the jump!

CABLE #1 (MAR170977)
Written by JAMES ROBINSON
Art by CARLOS PACHECO
Cover by DALE KEOWN
Hip-Hop Variant by Mike Choi (MAR170983)
Action Figure Variant by John Tyler Christopher (MAR170982)
Corner Box Variant by Leonard Kirk (MAR170981)
Variant cover by Andy Kubert (MAR170978)
Variant cover by Bill Martin (MAR170979)
Variant cover by Whilce Portacio (MAR170980)
When Cable picks up the trail of a threat in the timestream, he sets off on a high-speed chase through time to save reality as we know it. From prehistory to modern day—whether it’s a six-gun duel at high noon or a high-tech sword fight in an ancient land—Cable is the only man who can keep history from unraveling! Be there on May 31st when CABLE #1 comes to comic shops and digital devices everywhere!