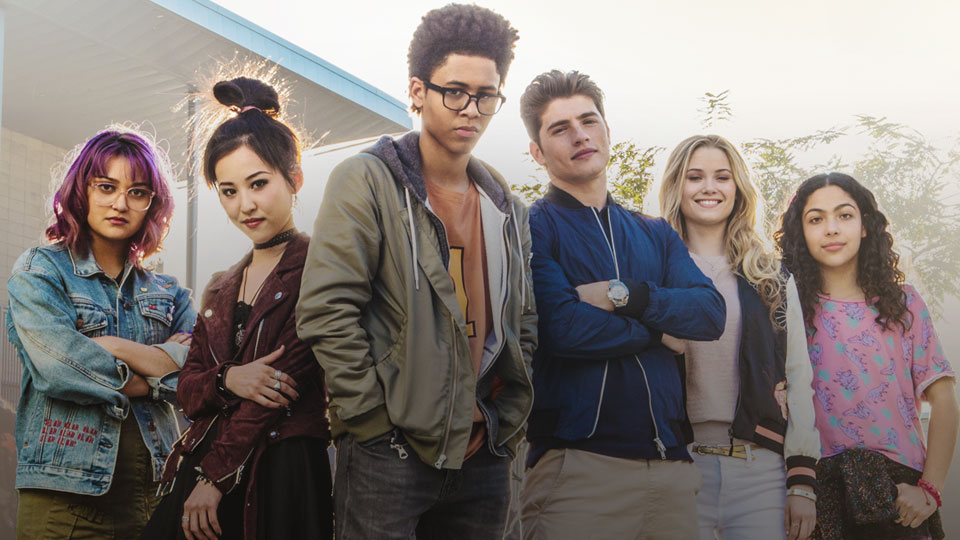 Previously, we announced Marvel’s Runaways was getting a pilot commitment from Hulu, but now it looks like Hulu wants to move ahead with a full series.

The pilot wrapped in March, and in a company-wide presentation on Wednesday, some first-look footage was revealed as well as the new logo and cast photo.

“Marvel’s Runaways” is the story of six diverse teenagers who can barely stand each other but who must unite against a common foe–their parents. The popular classic explores the younger side of the Marvel Universe in a new coming of age action series that will premiere on Hulu in the winter.

While the graphic says coming soon, if Hulu is dead set on the “winter” release date as dictated by the calendar, it means the earliest we will see the series is December 21st, with the most likely launch to come in early 2018. Based on the image alone, many people online are already upset over Gert’s casting, while others are amazed there is no dinosaur to be seen.  Based on the synopsis and image alone, what are your reactions to this latest bit of Runaways news?