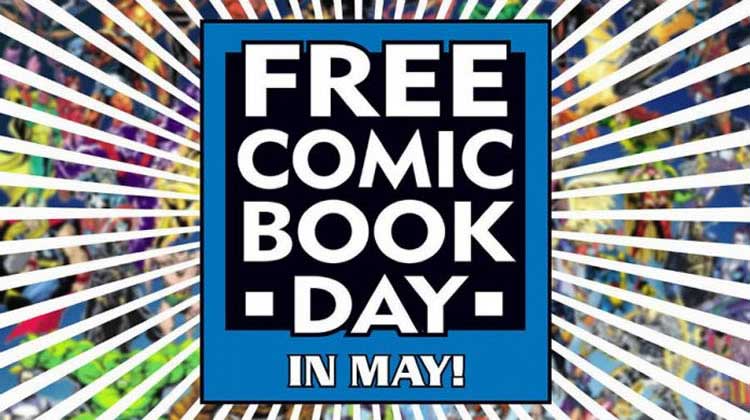 Where has this year gone? I mean, it seems like just last week I was talking about Free Comic Book Day 2016, and now the 2017 event is right on our doorstep!

Yes, this coming Saturday, May 6, is the latest FCBD event that will bring fans old and new to your local comics shop to get free – yes, I said free – comics to dive into!

I’ve given advice on how to approach FCBD in previous columns, so I thought I might look ahead this year and talk about what has me intrigued in 2017! I thought I’d list first what pretty much every comics shop will have, and will likely be the first to be picked up on Saturday.

Marvel has several comics, including Secret Empire #1 (which has at least one 10-page story about Spider-Man or a related character and another they’re more tight-lipped about). The House of Ideas also has an edition of All-New Guardians of the Galaxy #1, just in time for the related movie.

BOOM! Studios is offering their Summer Blast 2017, complete with an original Mouse Guard story, a preview of Brave Chef Brianna and another series called Coady and the Creepies.

IDW Publishing continues to do great Star Trek with “Mirror Broken,” a prequel to the upcoming Next Generation miniseries.

Image has something interesting with I Hate Image, with Gertrude from I Hate Fairyland ending up in the Image universe and having to chop her way through characters from many of that company’s popular titles.

Titan Comics will provide a Doctor Who Four-Doctor story featuring the first comics appearance of Bill, the latest companion.

And it wouldn’t be right if I didn’t include Valiant Entertainment’s X-O Manowar Special, an all-new prelude to what that company has in store for readers!

There are several comics I’m already high on, so let me point them out to you.

“There’s no need to fear! Underdog is here!” Underdog #1 from American Mythology taps into a beloved animated show with this comic!

Chapterhouse Comics has a Captain Canuck book that I have to get since I’m big into heroes from other countries, particularly this one!

The UK sensibilities are always a great read, so I’m seriously looking forward to the 2000 AD 2017 Special as well!

Red 5 Comics has a title called Keyser Soze/The Rift, and the name and the cover fascinate me, so I’m there!

Z2 Comics is bringing The Ballad of Franklin Bonisteel, and I like the art on the cover and haven’t heard of this company, so I want to check it out. Same for Tex Patagonia from Epicenter Comics. And Youneek Studios’ Malika.

Time Shifters from Graphix and Chris Grine has an appealing cover and premise, so I’ll be on the lookout for that book as well. There are franchises that just don’t send me, like Bongo Comics and their Simpsons line. They’ll have a “Free-For-All” comic ready.

Rick And Morty from Oni Press has a devoted following, so fans will be after that one as well. The Tick returns, this time from New England Comics Press.

Viz Media has The Legend of Zelda coming. Dark Horse has a Buffy story as well as Plants Vs. Zombies. IDW has a TMNT issue called Prelude to Dimension X.

There will be titles about Barbie, Monster High, Street Fighter, Dragon Ball, and Attack on Titan.

While these books don’t necessarily get my attention, here’s hoping many of you will want them! We could use the sales in the comics industry, honestly!

What about you? What books are you looking forward to? Will your local store also feature an artist or writer you’re looking forward to meeting? Whatever your opinion, please share your thoughts in the space below!