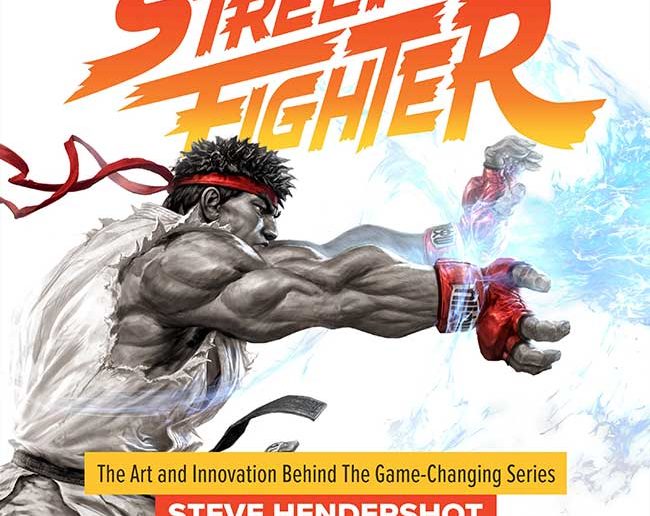 Hot on the heels of its bestselling video game retrospective Art of Atari, Dynamite Entertainment announces the next volume in its Video Game Iconsseries, Undisputed Street Fighter™: The Art and Innovation Behind the Game-Changing Series, written by Steve Hendershot and edited by Tim Lapetino.

Since its inception 30 years ago, the Street Fighter™ video game series from Capcom has thrived based on a lethal combination of innovation, style and technique. From first-of-their-kind advances such as selectable characters and secret combo moves, to imagination-capturing characters such as Ryu, Chun-Li, and Akuma, Street Fighter has stayed a step ahead of the competition en route to becoming one of the most enduring and influential franchises in video game history. 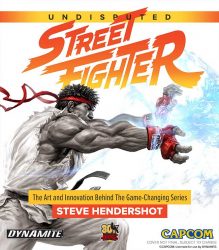 Writer Steve Hendershot says, “The Street Fighter universe is both iconic and vibrant, and I’m thrilled to be telling the story of how its games, characters, and community came to life, rewriting the rules of gaming in the process.”

Editor Tim Lapetino says, “Creating Art of Atari was a great experience in connecting with video game fans across the world. The book’s popularity showed us the hunger fans have for deep dives into their favorite classic games beyond just nostalgia. We want to tell the stories behind the games. Art of Atari was the launchpad for this series, and we’re excited to dig deeper into the creativity, design, and stories that power the beloved Street Fighter franchise this time.”

Rich Young, Director of Business Development at Dynamite, says, “I still remember watching battle after battle at the local arcade on the Street Fighter II machine, amazed not only by how awesome these characters were, and how great the game looked and played, but also how good the players were, and how much effort they put into winning each match. Street Fighter helped pave the way for the fighting game genre… and it’s still going very strong today. I’m thrilled to be working with Capcom on this book, and the same amazing team that put together Art of Atari!”

Writer Steve Hendershot is an award-winning Chicago journalist and the editorial director of MOVA, the Museum of Video Game Art. He is co-host and producer of the arts-and-culture podcast Cedar Cathedral, and has written for dozens of publications including Crain’s Chicago Business, SportsIllustrated.com, NBCSports.com, Chicago Magazine, Booth Newspapers, and Chicago Tribune.

Editor Tim Lapetino is the Series Editor for Dynamite’s exclusive line of books, Video Game Icons. In a series that began with the best-selling Art of Atari, Video Game Icons will delve deeply into some of the most influential and popular video game franchises in the world. Lapetino is the author of Dynamite’s Art of Atari (as well as unannounced projects slated for 2018), as well as the Executive Director of MOVA, the Museum of Video Game Art.

Capcom is a leading worldwide developer, publisher and distributor of interactive entertainment for game consoles, PCs, handheld and wireless devices.  Founded in 1983, the company has created hundreds of games including ground-breaking franchises Resident Evil®, Street Fighter®, Monster Hunter™, Ace Attorney®, Mega Man® and Devil May Cry®. Capcom maintains operations in the U.S., Canada, U.K., France, Germany, Tokyo, Taiwan, Hong Kong and Korea, with corporate headquarters located in Osaka, Japan.  More information about Capcom and its products can be found at www.capcom.com or www.capcom-unity.com.