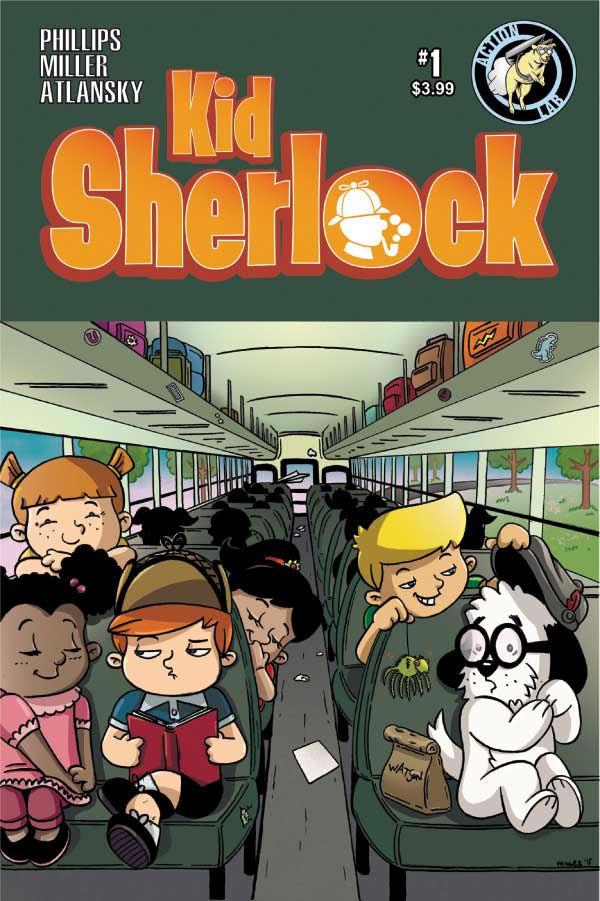 Mystery is afoot in the halls of Baker Elementary School, and Kid Sherlock and Watson the dog are on the case, in a new series from Action Lab Entertainment. John Watson is nervous being the only dog at his new school, Baker Elementary. But when he takes an interest in fellow student, Sherlock Holmes, the two become unlikely, and sometimes contentious, friends. Together they deal with bullies, track down lost toys, investigate stolen playground equipment, and even face an unseen threat terrorizing the school halls. All the while Watson tries to help Sherlock make friends with his fellow students and Sherlock tries to help Watson become a better detective.

Writer Justin Phillips comments, “School can be tough. Trying to make friends, fit in, or just avoiding the school bully is hard no matter what grade you are in. Kid Sherlock touches on all of these issues and more and helps us to see that we don’t always have to fit in to still belong.”

Each story is 22 pages, including a single page gag bit at the end. KID SHERLOCK is an all ages book that will appeal to young readers and adults, as well as fans of Sherlock Holmes and mystery stories.