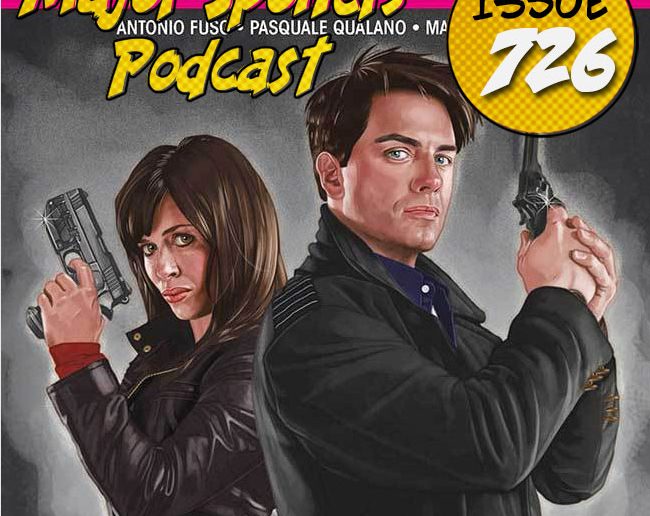 This week on the Major Spoilers Podcast: We’ll find out who is a wall and who is the wall. Plus, we review The Flash #21 and Doctor Who: The Ninth Doctor #12, and discuss the Torchwood trade paperback. There are also meanderings talking about our kids and diets, and the kick butt poll of the week!

REVIEWS
STEPHEN
THE FLASH #21
Writer: Joshua Williamson
Artist: Howard Porter
Publisher: DC Comics
Cover Price: $2.99
“THE BUTTON” part two! The cataclysmic events of DC UNIVERSE: REBIRTH #1 continue here! The Dark Knight and The Fastest Man Alive, the two greatest detectives on any world, unite to explore the mystery behind a certain blood-stained smiley button embedded in the Batcave wall. What starts as a simple investigation turns deadly when the secrets of the button prove irresistible to an unwelcome third party—and it’s not who anyone suspects! It’s a mystery woven through time, and the ticking clock starts here!

The members of the Torchwood Institute, a secret organization founded by the British Crown, fight to protect the Earth from extraterrestrial and supernatural threats.