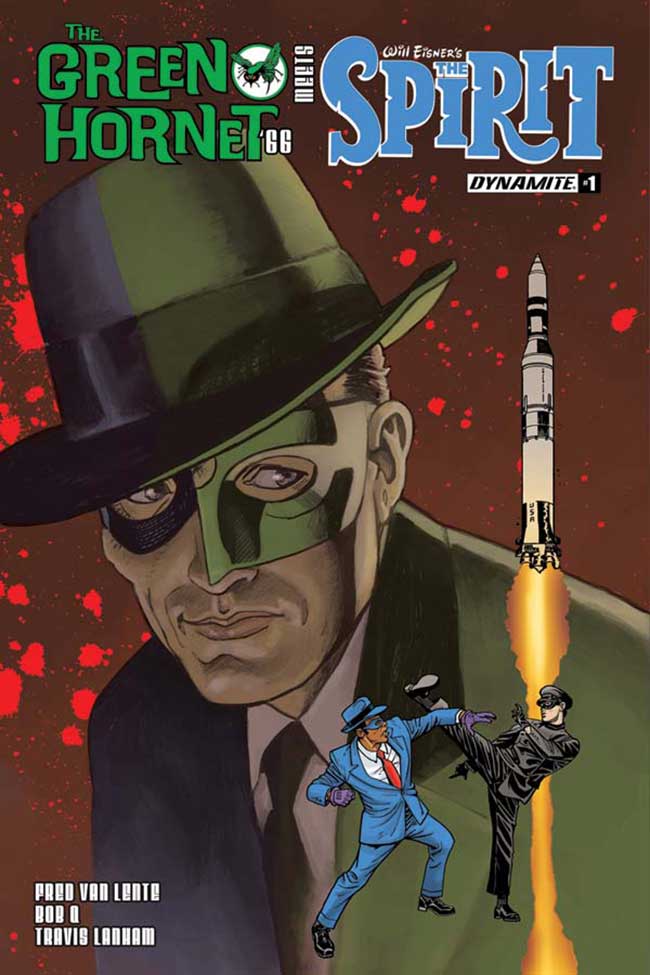 The Green Hornet is back and on the case! With his aide Kato and their rolling arsenal, The Black Beauty, by his side, The Green Hornet is ready to face the toughest of challenges! On police records a wanted criminal, The Green Hornet is secretly Britt Reid, owner/publisher of The Daily Sentinel. Reid and Kato have traveled to Central City to participate in the futuristic World’s Fair, and to get the skinny on the new and potentially dangerous “Newspaper of Tomorrow”, a device capable of predicting headlines before events happen.

Writer Fred Van Lente said in a press release, “I’m very excited to link these two iconic characters. The Spirit has been a favorite of mine since I was a kid, and the opportunity to pair Will Eisner’s legendary creation with a character that has an actual year in its name allowed me to age The Spirit cast fourteen years forward. In our world, the Spirit hasn’t been seen since 1952 (the year the strip ended) but suddenly this new guy has appeared in the mask and hat — one who will look pretty familiar to longtime fans. Who is this guy, and why has he returned? This is the mystery Green Hornet and Kato must solve.”