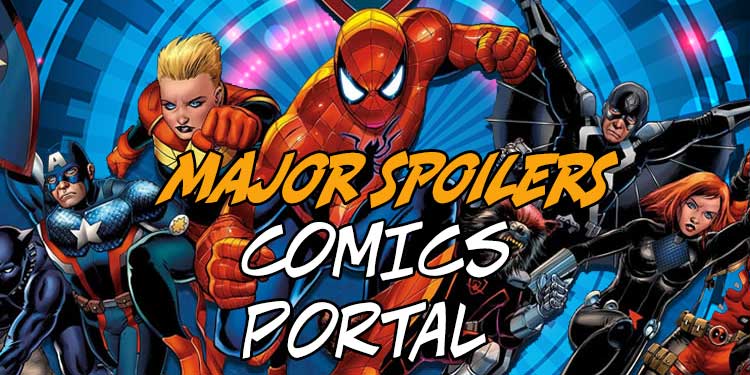 I’ve lost track of how many times I’ve wretched about massive crossover events, particularly in Marvel. I mean, they’ve been dovetailing over each other for years.

Guess the House of Ideas finally noticed that’s not quite the big thing it used to be! Marvel is now saying there will be no big events for 18 months after the upcoming Captain America-centric “Secret Empire” concludes.

THE BIG EVENT IS, NO BIG EVENT! I talk with several store owners and BIG comics fans, and I’ve been hearing, literally for years, that Marvel’s big event policy has been out of gas for quite a long time.

When one company-wide crossover event was ending, another would take it’s place. And this has been going on for so long that I can’t tell when it actually started anymore.

Clearly, this plan worked for quite some time because Marvel has been making it happen. But, like the mutant downfall, it’s taken time for the good folks there to realize fans have been opting out more and more as time went along.

(Marvel’s reviving the X-Men currently, so nothing is ever gone forever! That’s probably also true of the big events!)

When you get numb to something, then it’s likely time to consider doing something else. And many fans have been “not hearing” the big event-to-big event plan for a long time.

THE ILLUSION OF CHANGE

Big events work when they make things happen, such as implement a change that will, hopefully, revitalize a character or a team.

The major problem with all these company-wide events is that, really, there wasn’t anything that truly happened. It was only the illusion of change. Apparently, Marvel hoped that no one would notice and keep buying, keep buying!

My favorite example of this took place when Steve Rogers had apparently died, which got national attention. Then we discovered that he wasn’t dead at all, just missing.

I don’t know about anyone else, but I can’t look at Captain America quite the same after that. And that includes the current “Cap as Hydra” storyline. I feel like my chain is getting jerked. Again. And I hate that just as much as I did when Dick Grayson was Batman temporarily.

I look for Steve Rogers to be back to his “classic” self after “Secret Empire” is over. The girl who made him as he is right now will snap her fingers, and all will be right with the Marvel world. Again.

I mean, of course classic characters like Captain America, Batman and Spider-Man will return to the set up that made them the successes they have been. Any of us who have read comics for any length of time knows that.

It’s just taken some time for many of us to get tired of this way of doing business, to realize it’s happening again and again, that it’s predictable to a fault.

I guess it’s still good news that smaller crossover events will continue to happen. Maybe X-Men Gold will team up with X-Men Blue, for instance?

I don’t mind that level of event… most of the time. But again, if it becomes repetitive and predictable, then even that will wear out its welcome.

I remember not long ago when Wolverine and Spider-Man teaming up was something special. These days, it’s more like Deadpool and Spider-Man bumping into each other that gets people’s attention.

This kind of thing will still attract fan dollars, but we’ll see for just how long.

Recently, there’s been a lot of discussion as to what the industry, particularly Marvel, can do to revive sagging sales.

Missing in a lot of this discussion has been what I feel is the critical thing – telling good stories! Yes, relatable characters are important, but it seems that storytelling, which is what first got me interested, is of lower-level importance than, say, merchandising.

I’ll never get that. I love good art, for instance, but only when it is an important part of telling the story. I’ll seriously consider picking up comics from my favorite artists, but it’s the story, people!

If you tell good stories, even stand-alone ones, comics fans will tell other comics fans, and sales will improve. Not big events, not gimmicks, not merchandising. Stories that surprise, engage and delight us. In my opinion, THAT’S the ticket!

What do you think? Should Marvel and other comics companies get “back to basics” when it comes to telling stories? Or are there other factors you feel need to be addressed? What do you think about Marvel’s decision to hold off on big events for a while? Whatever your opinion, please share your thoughts in the space below!