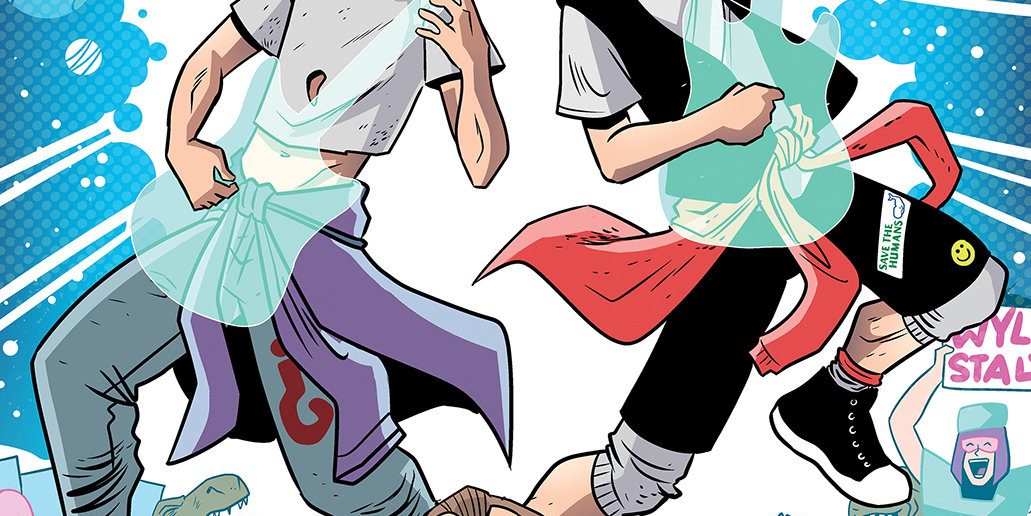 [Solicitations] Bill and Ted Save the Universe in June

Are you ready to continue the adventures of Bill and Ted? The time-traveling duo are back in Bill and Ted Save the Universe #1, a new series from BOOM! Studios.

Writer Brian Joines and Bachan reunite in the new series, and the Wyld Stallyns are “pulled into an intergalactic conflict between a group of fans looking to spread the word of their music and a rigid alien law-enforcement officer who thinks their music does more harm than good.”

“In ‘Bill & Ted’s Excellent Adventure,’ the duo was tasked with creating a song to save the universe. While they never got around to that, fast forward a couple centuries, and their music is now something galaxies fight over. In Bill & Ted Save the Universe, Bill & Ted’s music is supposed to bring peace to the cosmos, but peace doesn’t just happen overnight—there’s always resistance to anything that rattles the status quo,” says Joines, who helped guide Bill & Ted through the underworld in 2016’s Bill & Ted Go to Hell. “It’s such a broad, fun, goofy tale that as long as you maintain those levels, there’s really nothing that’s off the table in terms of where you take the story and the characters. They’ve already time-traveled and visited the afterlife—why NOT send them on some big intergalactic adventure next?”

Bill and Ted Save the Universe #1 is scheduled to arrive in June, 2017.