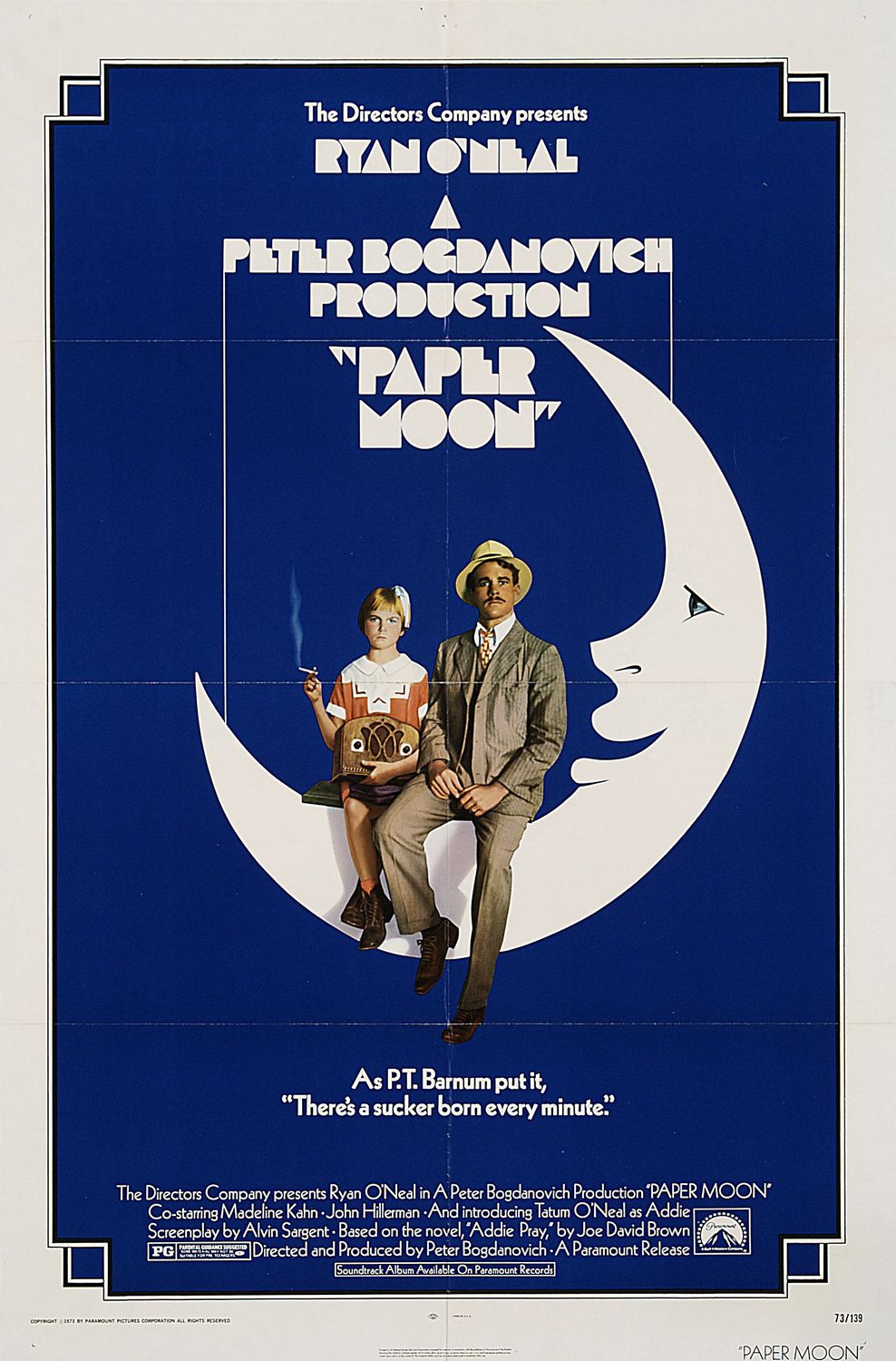 As mentioned during this week’s Zach on Film, Paper Moon was shot in and around the city of Hays, KS. I took some time this morning to track down the locations for the first shot and the last shot of Paper Moon to see the locations today. In this shot, young Addie Loggins says goodbye to her mother who has passed away. Today the three trees in the back have grown quite a bit, making it rather hard to line up the two shots exactly. I also needed a much wider lens for this shot, as there is a monument to the left of the image that can be seen in the original shot, that didn’t make it into mine. I also think I needed to shift about 10 feet to the right to get the alignment perfect, but I kind of have a problem standing on someone else’s grave. It is surprisingly easy to find the location of the final shot of the film. Located just south of the township of Codell, KS, our heroes rush after their car as the road winds off into the distance. In our modern times, the shot is not as picturesque thanks in part to the three trees that have grown up at the side of the road, the the encroachment of modern technology from the high tension power lines in the background. Because this is a road that actively used, I didn’t want to stand in the middle of the road for this shot. I also needed to move back about 20 feet and get the camera up about 20 feet in the air to make these two align perfectly. Interestingly, there is a great deal of erosion causing the embankments to shrink in size over the last 44 years.

There were two other locations I wanted to get today, but sadly the “train station” and grain elevator office that were shot in Gorham, Kansas, have both been torn down.

So there you go a little look at how film locations change over the years.

Was it worth the trip down memory lane?