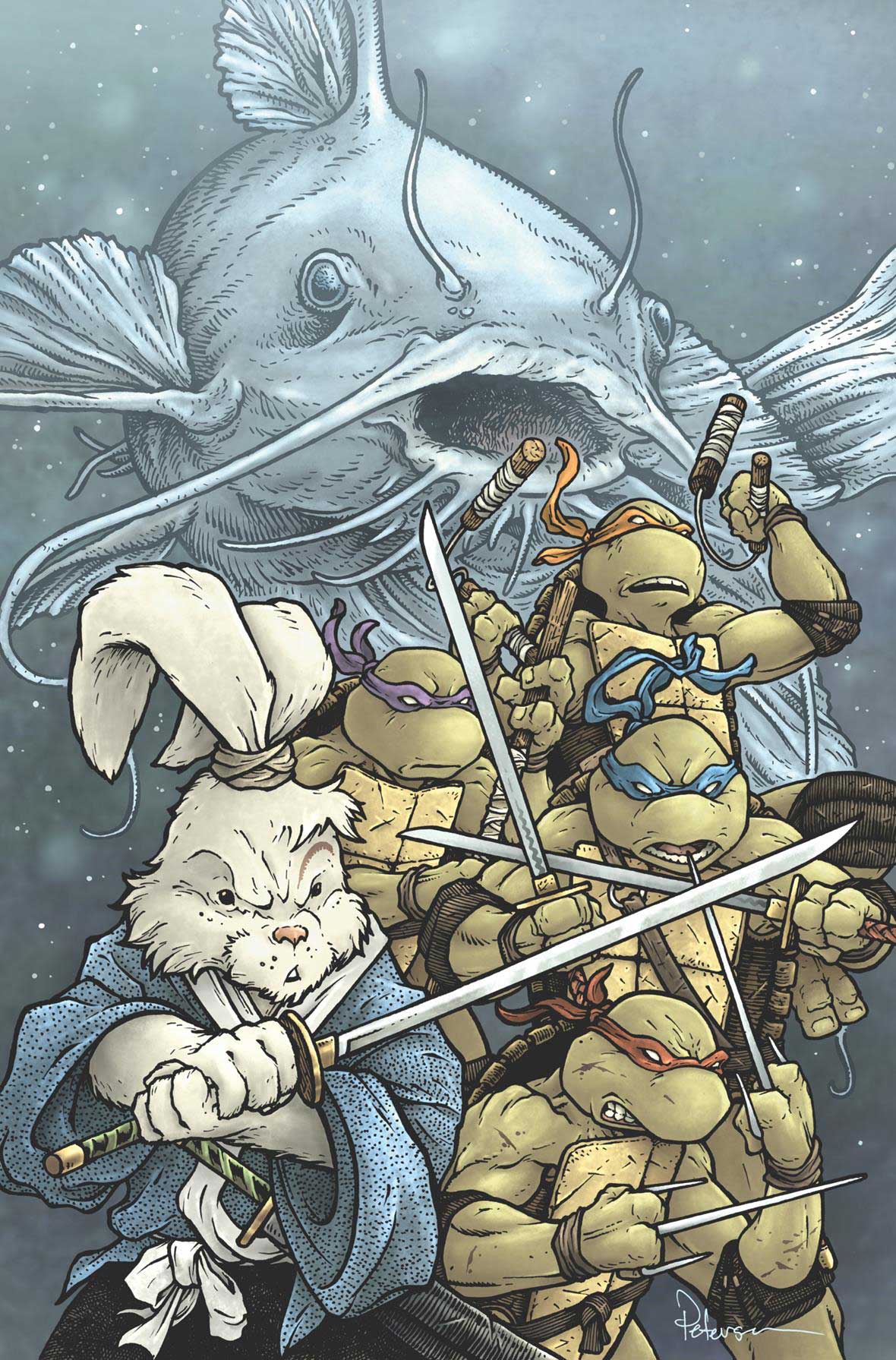 Coming this summer, two decades after their last encounter, comic book universes collide as the Teenage Mutant Ninja Turtles step foot into the world of Usagi Yojimbo in a special one-shot comic. The legendary creator of Usagi Yojimbo, Stan Sakai, will write and illustrate a new adventure which sees ronin rabbit Miyamoto Usagi cross paths with Leonardo, Raphael, Donatello, and Michelangelo. Miyamoto Usagi has embarked on a quest to save Japan, and combining forces with the Heroes in a Half Shell to take on the maniacal Jei may be the only path to coming out of this alive.

“I had wanted to reunite Usagi and the TMNT for a while, but these are not the Turtles that he knew,” said Sakai. “Relationships have to be reestablished, suspicions overcome, and trust earned. The survival of all Japan literally rests on them working as a team.”

The Teenage Mutant Ninja Turtles and Usagi Yojimbo franchises have a long history, previously appearing together in their respective comics, animated television series, and the popular TMNT line of toys.

“Stan and I both started out the same year, 1984, and here we are still living the dream telling stories with characters we created over three decades ago,” said Kevin Eastman, cocreator of the Teenage Mutant Ninja Turtles. “I love the fact that our two creations were intertwined from the beginning and could not be more thrilled that Stan is coming back to tell a new story in the IDW TMNT comics universe.”

This exciting crossover event will be available this July in standard comic book format as well as in an amazing deluxe hardcover collector’s edition. Both editions feature exclusive extras including layouts, pinups, character studies, and more. Be sure to ask your local comic shop about the special variant cover by David Petersen of Mouse Guard fame.