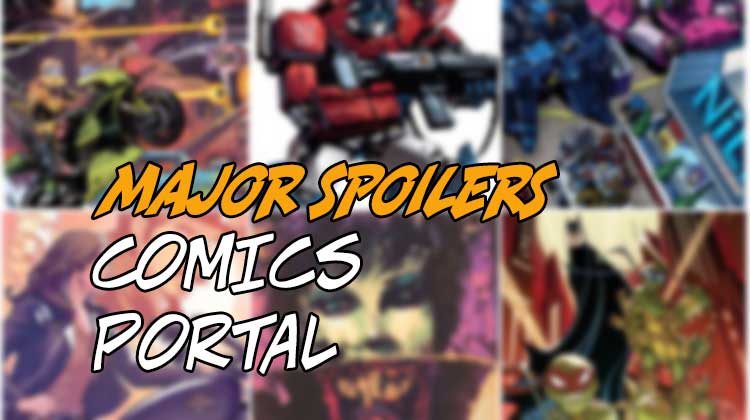 I’m always intrigued by just what niche each comics publisher works to carve out for itself. Marvel and DC own superheroes, Image has an “image” of being an alternative publisher, and others move to make their own mark in the industry.

Over the past several years, IDW Publishing has been developing relationships with other companies, and they’ve been really successful at it. This week, they announced a new partnership, and it’s with a company I particularly admire.

A few days ago, a news release came out about IDW and Ominous Press, of Bart Sears and Ron Marz fame, are partnering together, as reported here at MajorSpoilers.com.

IDW Publishing announces a partnership with OMINOUS PRESS to bring a new line of epic adventure comics to the market. The brainchild of comic art master Bart Sears, Ominous Press will tell stories of larger-than-life heroes and villains in fantasy and science-fiction settings. I’ve been gripped by the Ominous books ever since I encountered their preview edition about a year ago. Great art, great story, excellent product … what’s not to like?

Of course, having the names “Sears” and “Marz” involved gets most people’s attention, which is great. But not every creator wants to manage all aspects of making comics happen. If you’re an artist, you likely prefer to make art. A writer usually wants to write. When it comes to the rest of the process, such as press proofs, publicity and all, that can take up a lot of time and keep creators away from, well, creating.

One last quote about what this partnership will bring to LCS shelves:

“Dread Gods” will be the first title, with issue #1 debuting in July. “Dread Gods” #1 will have a standard cover by series artist Tom Raney, a wraparound cover by Bart Sears, and incentive covers by Kenneth Rocafort (1-in-10) and the legendary Neal Adams (1-in-25). “Dread Gods” #1 will be an oversize 48-page issue, including the lead feature by Marz and Raney, a backup story by Bart Sears, and a wealth of additional content, all for $3.99. “Giantkillers” and then “Demi-God” will follow.

IDW IS TRULY GREAT AT THIS

Not everyone plays well with others, and that’s particularly true in the comics business.

But IDW, now, they’ve become a company that can make it seem effortless. After all, they have kept the Star Trek folks happy for years. That franchise has been at many major publishers, including Marvel and DC. I know as a Trek fan that Paramount and CBS are very persnickety about getting things right in comics so it doesn’t hurt the other Trek items they sell, such as action figures and other toys, for example. I used to hear endless complaint after endless complaint from people “in the know” about previous publishing relationships. Now that they’re at IDW, I don’t hear that any longer. I’m sure there are bumps and bruises along the way – that’s only natural – but IDW sure seems to have Trek as part of their product list for years to come. And I enjoy what’s coming out, so I’m very happy about that.

Another example that comes to mind is Rich Douek’s Gutter Magic. I read, liked and reviewed the first issue a while back, then I never saw the second installment.

A year later, what do I see but that same issue of Gutter Magic, this time being published by IDW. And this go-round, they printed the entire miniseries and a trade.

It was great to read that story through that initial story. I hope more is coming, too!

If you look at the rest of their products, you see that even Disney publishes with them! Disney!  My head still spins around when I see that because Marvel is owned by Disney. If IDW can make Disney happy when they have basically a “House of Ideas” they could easily turn to, that’s saying something!

The recent Batman/TMNT Adventures crossover series has been a delight as well!

Granted, not all these relationships are the same, but it’s quite an accomplishment to be a kind of “hub” where people with known franchises can come and get their books out in the marketplace.

THAT’S NOT ALL THEY DO, EITHER

To me, if that was all IDW did, I’d say they’re doing a terrific job. But they also publish other comics, such as Cosmic Scoundrels, Satellite Falling and Starstruck, just to name a few.

They’re also working with others on Torres, an award-winning, Tower-Building strategy game. And they were part of the recent Love Is Love book that raised more than $165,000 for victims of the Nightclub Massacre in Orlando.

If you’re going to be something other than Marvel or DC, hey, IDW is making the comics industry more diverse in terms of printing books that just might attract people who haven’t been reading comics or never have read them.

THE INDUSTRY OF THE FUTURE?

There’s always a debate of whether competition or cooperation is better. Personally, I like cooperation. I love to remember the great times when companies work together, such as the wonderful JLA/Avengers crossover. I still pull that out every once in a while to dive in and enjoy something that will likely not happen again in my lifetime.

I understand the notion that competition brings out the best in both of the competitors. And if that works, I’m down with it.

But in an industry where the future remains uncertain – paper still is ahead of digital at this point, but who knows what the years ahead will bring – IDW is showing everyone else how it could be done. And no, IDW is not paying me to write this column, either! Just color me impressed!

For more information on IDW Publishing, go to their website at this link.

What do you think? Do you like comics about established media franchises? Do you think IDW is doing a good job? Should comics companies work with or compete against each other? Whatever your opinion, please share your thoughts in the space below!